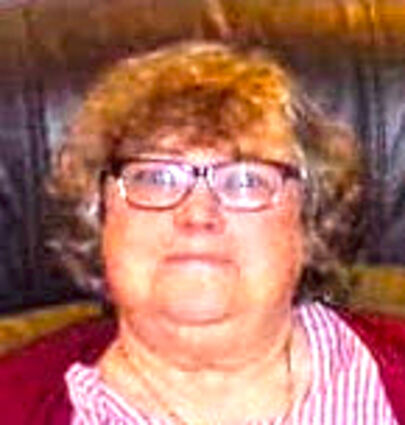 Cindy Lee Mothershead, 70, went home to be with the Lord December 20, 2021, at Billing Clinic in Billings, Montana.

Cindy was born to Carl and Maxine (Scott) Hough in Bremerton, Washington on September 14, 1951. When she was two years old her family moved onto Carl's family's ranch in Tonasket, Washington. The family would later move to Colville, Washington where Cindy graduated from Colville High School in 1969.

In 1972, she married Sam Allen who had moved to Washington from Missouri. Cindy and Sam first made their home in Spokane, Washington. They moved several times and during that time they had 4 boys: Terry Wayne in 1972, Mark Dwayne in 1973, Brian Lee in 1975 and Ben Joe in 1976.

Cindy and Sam would eventually move to Alaska in 1981 and it was there that Cindy got a job at a fishery and would eventually become a plant manager. The boys grew older and graduated from high school, and the family would move several more times until moving to Nashua, Montana in 2009.

Cindy was devoted to Sam until he passed away on August 8, 2012, from cancer. At that time Cindy was regularly attending church in Glasgow. After Sam passed away, she would move to Seeley Lake area for a short time, but would ultimately get back to Nashua.

It was while living in Nashua that she attended Calvary Baptist Church in Glasgow and met her future husband, Randy Mothershead. Randy and Cindy were married on June 27, 2015. Randy's two adult daughters, Melanie and Ashley, would become Cindy's daughters as well.

Shortly after saying, "I do" to Randy. They both decided that their family would not be complete without bringing Kimacia, William, and Curtis into their home as their own.

The couple enjoyed many happy years together caring for both their immediate family and their church family at Calvary Baptist Church.

Funeral services for Cindy were on Jan. 3, 2022, at Calvary Baptist Church with Pastor Mark Pearson officiating.

Interment will take place near Brockway, Montana at a later date.

Condolences may be emailed for the family at [email protected]