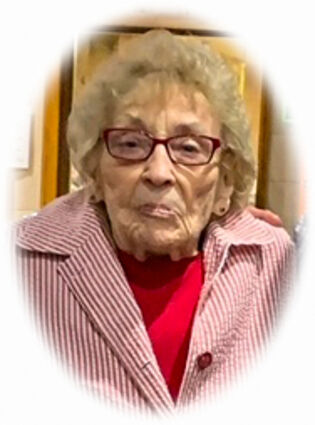 Della was born the fourth child of Harry and Florence (Waggner) Reddick on the family homestead south of Opheim, Montana on May 22, 1932. When she was three years old the family moved to Opheim so that her older siblings could go to school. When she was thirteen years old she started working at Farmers Union Café for Elmer Johnson as a dishwasher and cooks helper at 35 cents an hour. Later she worked as a waitress for 70 cents an hour. She loved that job and every job she ever worked, and she was happy to go to work.

On March 29, 1948 she married the love of her life Earl Hallock, the son of Ken and Ethel (Bruch) Hallock. The couple made their home in Opheim. While there they had three sons: Alvin Kenneth in 1948, Milton Earl in 1951 and Craig Calvin in 1953. In the winter of 1955, they moved with their boys to Glasgow, where Earl worked for Kenny Newton at Newton Motors. In 1957 they had their only girl, Lynn Ann and in 1960 Byron Lee was born. On April 15, 1962, they opened their auto body shop. A few years later, Della decided to open and upholstery shop with the help of Jody Opheim (neither one of them knew what they were doing but managed to make it work).

Over the years the couple took care of other children: Carl Rennick, Larry Baumgartner, Karl Feldhusen, and Amy Dailey. They traveled a lot when all their boys were in wrestling. Della was a great fan of the sport and always put things in her scrapbooks, as she had grandchildren and great-grandchildren that wrestle. Della could be counted on to make pies and cinnamon rolls for the Wrestler's Auction every year.

In 1990, they moved to beautiful Ashley Lake near Kalispell, Montana where they enjoyed the views and the company that came. Della always had the coffee on and either pie or cinnamon rolls for company to enjoy. Della worked at the Food Bank and an upholstery shop for about a year. Then she opened her own shop at the lake, calling it "Ashley Lake Upholstery" and she was busy all the time. She continued to bake pies and cinnamon rolls which she sold. She also had a boat docking business.

Earl passed away in 2002, and Della continued to live at Ashley Lake in the summer, where she had a granddaughter and four great-grandchildren that lived there that helped her. During the winter months she came to Glasgow and stayed with her granddaughter, Janette, or in Great Falls with her daughter, Lynn Ann. While living in Glasgow she worked at the Elks, Durum (for a short time), and Valley View Home. Della retired at 80 years old, when she sold her business and property to son, Craig and his wife, Sherry in 2012. In 2013, she moved to Nemont Manor, where she loved to play cards and bingo and she may have been known to tell a story or two. She was also very happy when here family came to see her.

Funeral services for Della will be Monday 11:00 a.m., December 27, 2021 at First United Methodist Church with Pastor Rick Thompson officiating. burial in Highland Cemetery, followed by a luncheon at the Glasgow Elks. Condolences may be left for the family at bellmortuaryglasgow.com.