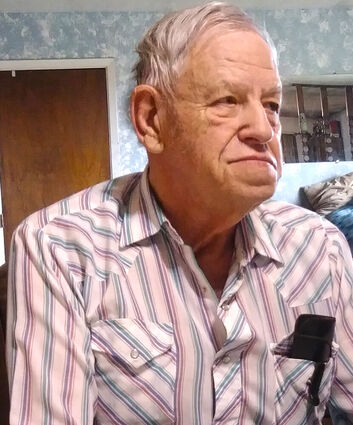 Richard Harold "Dick" Neuleib was born on April 23, 1939, to Harold Federick and Mable Marie (Lindquist) Neuleib in Geneseo IL. He graduated in 1958 from Albia, IA.

He entered the Air Force in Feb. of 1959 to Nov. 1963. He did his basic training in Lackland AFB, TX. He attended Air Force Technical Training at Chanute AFB near Rantoul, IL, becoming a B-52 Stratofortress Strategic Bomber Mechanic. His first duty assignment was to Walker AFB in Roswell NM. His final duty assignment was at Glasgow AFB, Glasgow, MT during his military service While stationed in Glasgow, he met his future wife (Pat) and her girlfriend Colleen Bjorgo while with a buddy of his (Terry Konopaski), at the roller skating rink in Glasgow MT. He skated into Pat's heart and on Aug. 26th, 1961 Dick married Patricia Ann Stein at St. Raphaels Catholic Church in Glasgow MT. During his time in service, the Cuban Missile Crisis, the start of the Viet Nam War, and the building of the Berlin Wall occurred.

Pat and Dick moved in Dec. 1963 to work on a pig farm in Gowrie, IA for Wilmar Fevold. While in Iowa they had their first child, a daughter, they named her Leticia (a movie star of the time). They moved back to Glasgow in 1965 where he worked for Robert Dufield Roofing, the Peavy Elevator, North American Van Lines, and then back to Glasgow AFB for Civil Service work. In August a son, Rick was born. In April 1968 they moved to the Spear-O-Ranch in Acme, WY for a year, to work with and manage race horses for Jerry Meyers. They moved to Roy MT to work on the Fraser Land and Livestock Ranch caring for 300 head of cows. In June of 1970 they moved back to Glasgow and in October another son, Greg was added to the mix. The family then moved north of Nashua in Nov. 1970, so Dick could work for Avco, plowing the Glasgow AFB runways and doing maintenance work. Then transferring to the Tumpane Company doing maintenance and running a dozer at the sanitation dump. In 1974 he went to work for the Wolf Point Ready Mix where he operated and maintained gravel trucks and road graders, reclaiming oil field sites. In 1994 he went to work for BNSF working on the track crew and finally retiring in 2004.

He and Pat were avid card players, they would travel to friends' or host card parties that could last for a whole weekend. He was active in his children's 4-H leather and animal projects. Dick seized the opportunity to realize a passion when he, Pat, the family and many friends, and people of the surrounding area and communities came together to build the Old Smokey Rodeo Grounds and Arena. He was a member of the Legion in Glasgow, MT. His dedication to the Montana Veterans Memorial helped it become a reality, located in Ft. Peck, MT.

He was of great help in the remodeling of the Nashua Senior Citizens Center. Where he maintained the Center while his wife, Pat, cooked there. He enjoyed fishing, and puttering on projects and assisting friends and neighbors in the community. He was a jack of all trades and a master of none.

He was preceded in death by his parents and a sister, Joan (George) Magie.