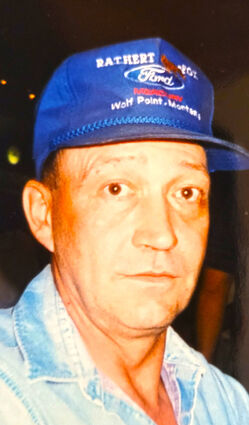 James Rorvik, known to most as Jim Rorvik, passed away from health complications due to COVID-19 at Benefis Hospital in Great Falls, MT on December 12, 2021. Jim was born on December 26, 1948, in Glendive, MT to Carl and Peggy Rorvik. He was the second of eight children.

He was educated at Illmont School in McCone County until eighth grade, then attended Circle High School for two years before transferring to Nashua High School where he graduated in 1966. After High School he worked for Thorrgards in Circle, MT until enlisting in the US Army in 1968. He served in Vietnam from 1968 to 1969 and fought in the Tet Offensive while assigned at Long Binh, South Vietnam. He was honorably discharged from the Army in December 1970.

Upon returning from Vietnam, he worked for Volkswagen in Glasgow & Markles. He married Lynn Ann Irwin in Nashua, to this union three children were born: Joseph in 1971, Jennifer in 1973, and Theresa in 1974. They later divorced.

He married Dana Breitbach in Circle in 1980, to this union one son was born, James in 1981; they later divorced.

Jim was a Ford mechanic working for Essingers in Circle, Chuck Clancy Ford in Georgia, and Rathert Fox Ford in Wolf Point upon returning from Georgia until his retirement. Jim was an excellent mechanic as customers would often return asking for him by name to work on their vehicles. He enjoyed working as a mechanic, he loved cooking, fishing, gardening, and fruit trees. He was always a jokester and enjoyed making people laugh.

He is preceded in death by his parents, Carl and Peggy Rorvik, Sister, Jennie, and Wife, Noralee.