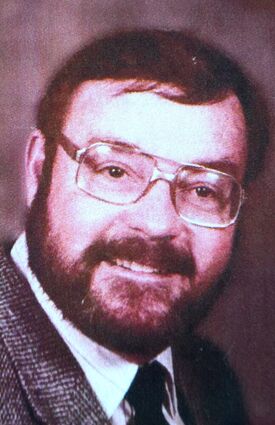 Long time Glasgow resident Dale Edwin Farrington passed away peacefully at his home on Oct. 18, 2021 at the age of 95. Dale was born in Glasgow on May 25, 1926 to Edwin and Anna (Bretzke)Farrington. He joined three brothers: Spence, Wesley "Bud," and Harry Farrington. A year later, the arrival of sister Della Mae would complete the family.

Dale attended Glasgow Schools until he enlisted in the Army in 1944. His service during WWII earned him the Purple Heart, Bronze Star and the Combat Infantry Badge. Dale was very proud of his service.

Dale married Beverly Estrem on Aug. 16, 1948 and together they had three children: Florann, Colleen and Dean. They later divorced in 1974. In May of 1976, he married Bernadette Lapage where he gained five stepchildren: Randy, Annick, Evelyne, Eric and Bobby.

Dale was an avid hunter from the time he was a small boy until age prevented him from going. He was in his late 80s when he went on his final hunt. he spent many years hunting with his dear friend, Everest Marks. They spent most of their adult lives hunting together every year near Saco.

Labradors were also a huge part of his life, and he spent many years training them.

Back when his children were young, they spent weekends at Fort Peck Lake training them to retrieve. Dale also lived for baseball, spending many years coaching Little League as well as American Legion. He very seldom missed watching the New York Yankees play.

He is also survived by his wife Bernadette and sister Della Mae of Seattle, WA, and his stepchildren and their families.

Dale was preceded in death by his parents, three brothers and a step-son, Bobby, as well as a great-grandson, Jace.

Services were held Friday, Oct. 22 a the Heights Funeral Home in Billings.

A family celebration of our Grandfather and father's life will be held in April 2022 at which time we will also honor our grandmother, and mother, Beverly Wetzel at the Highland Cemetery.