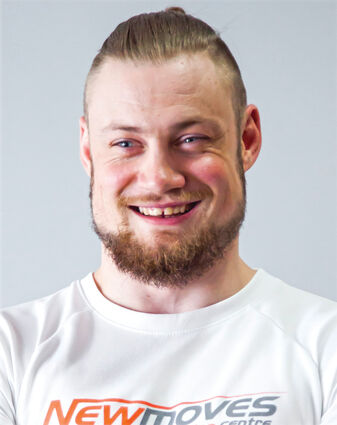 Dillon Lee Cassel died Monday, December 6, 2021 along-side his wife in a vehicle collision on their way to town to go to the gym.

Dillon was born June 23, 1989 in Glasgow, Montana to Scott and Robyn (Menge) Cassel.  He grew up on the family ranch near Saco, Montana.  Dillon also spent much of his of time on his grandparent's farm outside of Saco: working in the seed mill, running the swather, eating Grandma's cooking, and playing with Sarah.  Those memories were always very special to him.

Dillon started grade school in Saco. The family moved to Glasgow in 2006, and that is when he became a proud Glasgow Scottie.  He was honoured and humbled to have been crowned Homecoming King his senior year.  After high school, he went on to attend Montana State University in Bozeman for one year.  He then moved on to finish school at MSU-Northern in Havre, Montana where he received degrees in plumbing, electrical, and sustainable energy.  It was here that he discovered his passion for health and fitness.

Within a week of finishing college, Dillon was working for Dale's Plumbing in Glasgow.  In 2013 his adventurous spirit took hold, and he decided to pursue his dream of moving to Thailand to practice mixed martial arts and the sport of Mauy Tai.

After traveling back and forth between the United States and Thailand for a couple years, he eventually seized an opportunity to turn his passion into a career and became co-owner of the "New Moves" gym.  Dillon flourished here, having many professional accomplishments, many friends, and impacting the lives of everyone he worked with.

While in Bangkok he met his wife, Baika Puengudom. They were married in June 2018 in Thailand.  Dillon would comment that he "had to go halfway around the world to find his soul mate". They had a shared passion of fitness, nutrition, and hard work.

Dillon is survived by his parents, Scott and Robyn Cassel of Glasgow, Montana; his sister, Sarah (John) Oyloe of Bismarck, North Dakota; his grandparents, Darrell and Loretta Menge of Saco, Montana and Sandra Kindschy of Great Falls; his dearly loved cousins, aunts and uncles.

He was preceded in death by his grandfather, Phil Cassel; his aunt, Jody Menge and his great-aunt, BJ Allen.

Dillon taught us to chase our dreams, and to pursue a life that makes you happy.