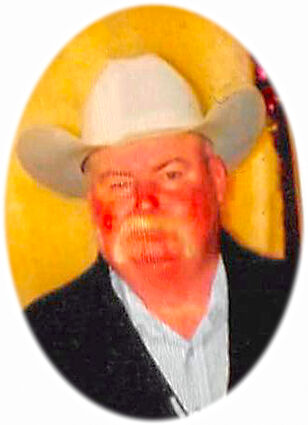 Dewayne Thomas Ozark, 64, of Tampico, Montana passed away peacefully with his daughter, Ashley by his side on October 1, 2021, at St. Vincent's in Billings, Montana.

Dewayne was born October 14, 1957, at Frances Mahon Deaconess Hospital in Glasgow, Montana. He was the eldest son of Cecil and Sharon (Riley) Ozark. He attended school in Nashua, Montana and graduated in 1976. He married Doris Schneider on September 22, 1984, in Glasgow, Montana. Following their marriage they moved to Sun River, Montana for a year and a half where Dewayne was employed by BN in Great Falls, Montana. In March of 1986, Dewayne's dream of having his own ranch came true, he and Doris moved to Tampico to operate her grandparent's homestead until his passing.

Dewayne had a love for a lot of things; while in high school it was football in which he excelled, as being recognized as All American. In the 70's he followed in his dad's footsteps with BN leading tie gang crews and holding on to one of the oldest truck driver dates. When he wasn't doing that, he always fell back to his second love which was cowboy work, at which he would night calve for area ranchers such as Leonard Nelson – Wolf Point, Joe Etchart – Hinsdale Livestock, Charles and the Gale Billingsley Ranch to name a few.

In the 80's his greatest love happened when his children were born: Ashley in 1986 and Walter in 1988, they were his legacy and was very proud of them in all they accomplished. He worked to teach them livestock handling and the importance of hard work, honesty, heart, and your word on a handshake "your name was all you have". He also loved mentoring his kids, their 4-H and high school club friends in horse projects and livestock judging or that expressed an interest because it was important to represent Northeast Montana. In 2014 Dewayne was blessed with the first of six grandchildren. He loved spending time with his grandchildren and watching their activities and giving them "knuckles" and hugs. He was never shy on advice and shared frequently with his "finger point" and would tell you how it should be.

Dewayne was an advocate for agriculture. He was active in the Stockgrowers Association where he received recognition for efforts in recruiting memberships, which was inspiration in him being a spokesman and advocate for the Grass Commission, where he spent time spreading knowledge on grazing districts within Montana.

His passion for Rodeo started when his son, Walter, participated in High School Rodeo. He found himself loving this so much that he got involved in providing rodeo stock, which he prided himself on quality roping cattle and stock for many rodeos. He provided stock for Brookman Rodeo, Montana Circuit Finals, Montana State High School Rodeo, Badland Circuit Finals, NRA Rodeos such as Treasure State Rodeo and many RCAN, Ranch Rodeos, open rodeos and roping's. Dewayne also encouraged kids to participate in rodeo, there wasn't a kid he wouldn't encourage or haul with him if they wanted to try or expressed and interest.

He was very passionate about improving the Northeast Montana PRCA Rodeo and its arena. A vision that he inspired many to join. He implemented the Brand Board Club and took pride in building each board and branding the ownership on each one. He envisioned the skyboxes and pushed to get them built but his glory came as they were recognized this past year on the Cowboy Channel. He was instrumental in helping Opheim, Hinsdale, Saco, and Malta work to improve their arenas and rodeos, promoting Northeast Montana and Rodeo.

"Miss me but let me go

When I come to the end of the road

And the sun has set for me

I want no rites in a gloom filled room.

Why cry for a soul set free."