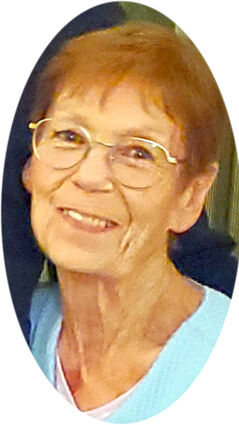 Betty Jean Vegge, 80, of Glasgow, Montana passed away peacefully at her home November 29, 2021.

She was born February 4, 1941 in Rolla, North Dakota to Raymond and Agnes "Mae" (Olson) Fassett. She received her early education in the Rolla school system until the family moved to Glasgow. She graduated from Glasgow High School and went on to attend Northern Montana College where she graduated with an Associates in Nursing.

Betty married Melvin Vegge, June 30th 1961 in Glasgow, Montana. The couple made their home in Havre, Montana until 2004 when they returned to Glasgow and made their home on the farm. Betty worked as a nurse at Northern Montana Hospital until she switched to Surgical Tech in the OR.

She enjoyed working in the yard, baking, sewing, knitting, ceramics, watching the rabbits and was an avid reader. Betty loved spending time with her family and friends: especially the time with her grandkids and great-grandkids. She was active in the community, church and had a strong faith. Betty was a vice president of the LPN Association, a member of the Sons of Norway, the garden club and the First Lutheran Church. She always put everyone else above herself and was always willing to help everyone.

Preceding her in death are her parents Raymond and Mae Fassett; brothers, Irving, Michael and Pete Fassett and Eddie Johnson and sisters, Phyllis Mason and Penny Erickson.