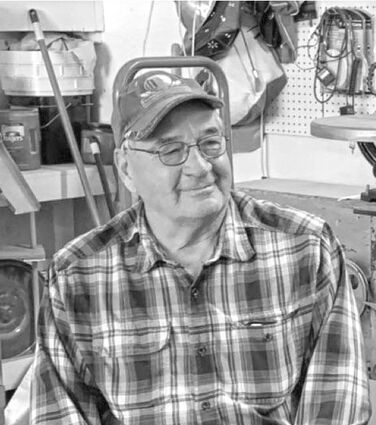 Craig James Crandell, 69, of Scobey, MT formerly of Peerless and Opheim, passed away in his home on Wednesday, November 24, 2021.

Craig was born on April 21, 1952, in Scobey, the second-born child to Gordon and Grace (Davey) Crandell. He was raised on the farm north of Peerless and in Opheim, and attended school in Opheim, where he played football and basketball for the Vikings. He graduated in 1970 and went on to attend Eastern Montana College in Billings.

Craig married Dorothy Renner in 1971 and they made their home in Billings, Peerless, and settled on the farm outside of Richland. They had three girls, Lynelle, Lisa, and Tracy. Craig was a farmer, rancher, and all-around craftsman. He went to work for Rasmus Nelson, Inc. as a salesman for several years and continued to farm until recently entering partial retirement. Craig moved to Scobey in 2000, where he met and later married Suzi Carter.

Craig was always prepared to build or fix anything. He loved having some kind of project going at all times and could "MacGyver" something out of spare parts at a moment's notice. If he wasn't out at the farm, he could probably be found in his shop where he loved brewing beer to share with friends. He had made an art out of it, trying new recipes and getting creative with his own concoctions. At one point, he had even mastered using his own wheat rather than a store-bought kit so that he could be prepared for "hard times." Regardless of what was going on in the shop, it was always a gathering place where friends and family shared laughter and gained some wisdom through visiting with Craig.

While the Crandell girls were growing up, Craig and Dorothy could most often be found on the bottom row of bleachers at the "50-yard line" of a basketball court somewhere. They rarely missed any of their girls' events and enjoyed traveling around the state with the Opheim Viking parents. As grandkids and young nieces and nephews came along, Craig was always making jokes with them or gathering up some farm toys for them to play with. He loved being busy and had many hobbies, with one of his favorites being blaming Suzi for things such as the wind, temperature, making him fat, or giving Tucker arthritis. He was also a member of the Lions and volunteered his time working concessions at ball games.

Craig was preceded in death by his parents and his beloved dog, Tucker.

There will be a celebration of Craig's life on Saturday, December 4th at high noon at the Saddle Club in Scobey. Please come for food and refreshments. The family would like to invite friends to come and find any of them throughout the celebration to share your own stories of Craig and to feel free to come and go as you please.

Condolences can be shared in Craig's guest book at Waller Funeral Home in Scobey throughout the week.