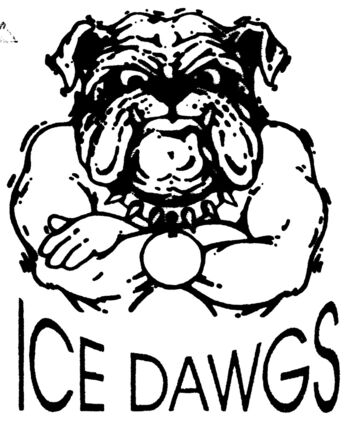 The Glasgow Ice Dawgs high school team split their games in Bozeman this past weekend. The boys lost 6-3 Saturday evening, but rebounded Sunday morning in an 8-5 victory.

Glasgow's Colter Barnett came out with a hot stick, putting two pucks past the Ice Dogs' netminder in the first two minutes of play. Bozeman answered back with an even-handed goal and then took advantage of two Glasgow penalties, putting pucks behind Glasgow's goalie Kolten Hansen.

The Ice Dogs put up an insurance goal 1:34 into the second period. Glasgow cut Bozeman's lead in half on a goal from Michael Hoyer, assist Barnett, with 10:32 remaining before the intermission. Bozeman renewed their insurance policy with just over six minutes on the clock to take a 5-3 lead into the break.

The third period saw only a single goal, scored by the home team as they secured the 6-3 victory.

K. Hansen faced 22 shots between the pipes for Glasgow, while the Dawgs put up 25 attempts in the game.

Bozeman was called for five infractions while Glasgow served time on nine penalties. In the first period Tatum Hansen, holding; Barnett, tripping; Peyton Hubbard, interference and Mason Hunter, roughing, spent time in the box. Hoyer, elbowing, and Aiden Price, 2-and-10 for head contact, were sent to the sin bin. Hunter served time in the third period on a 2-and-10 for boarding.

Back on the ice Sunday morning the Ice Dawgs overcame a 2-1 first period deficit with strong second and third period play.

Glasgow's Barnett, assist Hoyer, again put the visiting Dawgs on the big board first, just 17 seconds into the game. Bozeman answered back though, putting two pucks behind Dawgs' goalie Aidin Wilkowski before the buzzer.

Glasgow down, but far from out, responded with authority. Barnett put up his second shortie of the game at 9:12 and Hoyer added his shortie at 8:49 to tie the game. T. Hansen put the Dawgs ahead with 1:36 on the clock before intermission.

After the break, Barnett, assisted by Tristan Powell, scored the insurance goal for Glasgow. Bozeman scored at 11:38, but Glasgow would deny them any further attempts at lighting up the scoreboard. The Ice Dawgs put up two more goals to secure their win. T. Hansen scored his second goal at 9:14 and Hunter assisted on Barnett's final goal with 38 seconds remaining in the game.

Wilkowski saw 30 attempts in his time in the crease as Glasgow fired 39 shots at the Bozeman goalie.

Bozeman was called for nine penalties in the game while Glasgow held their infractions to seven. Gage Siefert served the lone Dawgs' first period penalty for interference. He was sent back to the box in the second period for the same call. Lex Fairclough was called for a match penalty, served by Josh Llewellyn, in the second period and Hubbard sat for cross checking.

T. Hansen served time in the third for holding, Connor Koski took a seat for high sticking and Hoyer was called for roughing.

The High School Ice Dawgs return to the ice after the Thanksgiving break with a trip to Sidney Friday through Sunday, Dec. 3-5.

In home action, the 19U Ice Dawgs team opens their season against Butte at 6 p.m. on Saturday, Dec. 4 at the Valley Event Center. The teams play again on Sunday, Dec. 5 at 10 a.m.

The Bantam Ice Dawgs host Bozeman on Saturday, Dec. 4 at 8 p.m and again on Sunday, Dec. 5 at 8 a.m. at the Valley Event Center.