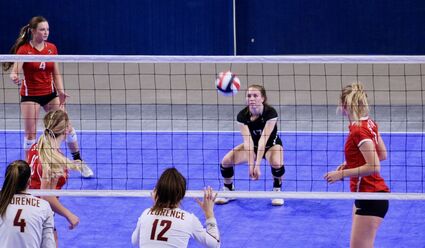 Glasgow's Blaire Westby prepares to make a play during the Scotties' match against Florence at the state tournament. Westby earned All-Conference and All-State honors.

Six members of Glasgow's 2021 volleyball team were named to the 2021 District 2B Volleyball Honors team and two were named All-State.

Aune and Westby were the two Scotties named to the All-State team.