Last of a Dying Breed 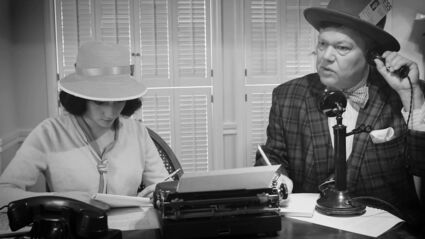 Valley County is blessed with ample news coverage. On the airwaves, KLTZ keeps all things local as residents go about their day to day lives. The B.S. Buzz also offers a hyper-local focus on area news, sometimes picking up stories which could not, for whatever reason, make it into The Courier that week.

We do not have a local TV-affiliate, which means the news coverage we get on TV is based in Billings or wherever. I can't say us newspaper and radio journalists mind that too much. One less dog in the fight for ad-revenue.

But, "The Times They Are A-Changin.'"

This week I received a press release from the National Newspaper Association based in Pensacola, Florida. Since 2004, over 1,800 communities have lost their local newspapers. Since the COVID pandemic began, 37,000 journalists have lost their jobs, been furloughed or had their pay cut.

I have seen the vast reduction in news rooms in four states. At my home town newspaper, the Yuma Sun, it was the Great Recession and subsequent sale to a new corporation that led to massive cuts. I remember it well. I was the night reporter, and didn't get into the office until after 1 p.m. most days. On that particular day, I walked pass several employees leaving the building in tears, their belongings in cardboard boxes.

I was spared that day. That was probably because I had been in the business for a only a few years and didn't have the benefits and paychecks the older folks had. They all got the ax.

Those of us who remained had to pick up their jobs, no raises in sight.

About 25% or more of the employees there lost their jobs that day. To put that into perspective, The Glasgow Courier has just four full time employees and few more part time employees who work only a few days a week. The Yuma Sun had four to five reporters, two editors, two or three sports reporters, a sports editor and two or three photographers. This did not include the three or four stationed at Copy Desk (tasked with building the pages each night) nor the advertising, classifieds or accounting departments.

Then I went to the Peninsula Daily News in Port Angeles, Washington. Before I arrived, the company was sold to a new corporation, Sound Publishing, and the printing press on site was shuttered. All the hard workers in the print shop who had for years faithfully printed the local news were now unemployed. Why? Money.

The same thing happened when I took a job with the Imperial Valley Press in El Centro, California. They are a sister of the Yuma Sun, and were not spared budget cuts. Their printing press was also shuttered. It was strange walking through that big building where entire sections had been closed off and were empty. They once bustled with employees.

Completely burnt out working for corporate dailies, I stumbled upon the Port Townsend and Jefferson County Leader in Washington state. They, like The Courier, are a weekly newspaper for a small community. Still, The Leader had about 20 people employed while I was there, much more than here in Glasgow.

And while working for a weekly newspaper has several advantages over a daily, it has its own unique blend of headaches. Just about everything you find in a weekly is from scratch (minus the new briefs and guest columns). Dailies typically are members of the Associated Press, and can fill whole pages with already completed content.

Working for a weekly provides a great deal of independence, leaving the content creators free to follow stories and ideas on their own. But, this comes at a cost. Generally, at a small staffed weekly, each employee takes on several jobs.

At The Leader, I was a photographer, writer, editor and page designer. Each of those positions was a full time job for one person back at the Yuma Sun. I lasted a year before I decided it was unsustainable, and returned to college to earn my associates and bachelors degrees. I fully intended on never returning to the newspaper business.

Since I was laid off for many months due to COVID restrictions, I spent much of my days diving into news reports from around the globe.

While, in the past, the clear bias at CNN or Fox News was palpable, it seemed to be taken to the next level last year. Never before had I seen such outright propaganda masquerading as "news."

I knew then, and know now, it is too late for mainstream media. They have been bought and sold by the highest bidder.

But, that is not the case at small outlets such as The Courier. Here, and at outlets like us, we can think independently about issues. The difference is to put forth facts, and leave it up to readers to make up their own minds.

I will admit to bias on one issue, civil rights. As such, whenever I see a potential law or mandate which could have a serious impact on the freedom of the individual, I write about it. My opinions live where they are supposed to, on the opinion page. That page often has op-eds from others whom I do not agree with. But, public debate is essential.

Some folks might be sick and tired of hearing about all the negative news in the world right now. Still, it is my duty to hold a mirror up to society, good and bad. I will not put my head in the sand like an ostrich. Somebody must speak about what is happening in our world. That is the reason why I returned to journalism.

If this country ever draws to a point where all of the chaos over the past several years is put to rest, I will be happy to hang up my keyboard and join a profession not filled with constant stress.

But, its like Johnny Cash said in the "Man in Black":

"Well, there's things that never will be right I know,

But 'til we start to make a move to make a few things right,

You'll never see me wear a suit of white."

"Ah, I'd love to wear a rainbow every day,

And tell the world that everything's OK,

But I'll try to carry off a little darkness on my back,

'Till things are brighter, I'm the Man In Black."