What a Time to be Alive 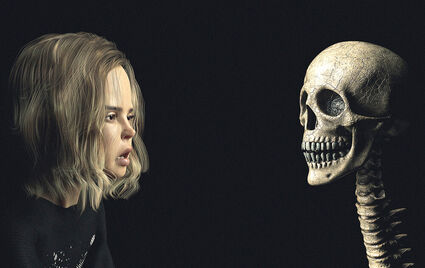 It seems every generation has its crises.

For those Americans alive when Benjamin Franklin was living it up with the ladies in France, they faced open rebellion against their King and years of suffering as the revolution raged. Then, they were faced with the Herculean task of forming a sustainable democratic-republican government. (They failed the first time around).

Their kids and grandkids would pioneer east towards the Mississippi River and fight off the English one more time in 1812.

Their kids and grandkids would finally end the question of slavery left for them to solve by their ancestors (thanks grandpa!). But, it would come at the cost of the lives of about 620,000 men and boys out in the fields, in horrific hospitals where amputated legs and arms were piled haphazardly or in some dank and infested military prison such as Andersonville.

Their kids and grandkids would push out towards the Pacific Ocean, conquering the Great American West on their way, unless they died of Typhoid (Oregon Trail joke for you older nerds).

Their kids and grandkids would defeat the Spanish Empire and save the Allies during World War I.

Their kids and grandkids would survive the Spanish Flu, Prohibition and the Great Depression.

Their kids and grandkids would participate in the largest war this world has ever seen, and enjoy an era of peace and prosperity likely not experienced since the Roman Empire fell.

Their kids and grandkids would fight in the jungles of Vietnam and Laos while others were back at home protesting the war, ushering in the Sexual Revolution and bringing the issue of equal rights for all Americans to the forefront of the public conscious.

Then we come to my generation, the syndicated but never duplicated Millennials. Considering other generations that came before, we had it pretty easy through mid-2001.

Then, play time was over. When the Twin Towers fell, we were suddenly faced with the reality this world can and will be brutal and unfair.

Some of us went off to war, never to be the same when they came home, if they came home at all. But, since there was no draft, this did not impact us on a massive scale as did WW2, Korea or Vietnam for previous generations.

No, it was a sanitary experience for those at home. Nothing really changed except the news reports, or if a friend or loved one was in the service. It was easy to forget we had soldiers, Marines, sailors and airmen on the ground in Afghanistan getting their boots muddy and risking death for nigh on 20 years.

More of our generation got stuck in the quagmire of The Great Recession. That one was much closer to home. I remember walking out my front door one day and looking up and down the street. "Foreclosure" or "For Sale" signs lined the streets. Both neighboring houses on my right and left, and that just across the street, were foreclosed.

Still, not as brutal as the Great Depression. Not even close.

Now, of course, COVID-19 has taken over the world. You can't escape its presence. It is everywhere.

This experience might be the same as what our ancestors went through during the Spanish Flu. Or, it might not. I have heard stories of entire hamlets out here in Montana just disappearing into the prairie after all residents died of the Spanish Flu. I wonder if the old buildings are still there?

So, it appears my generation has survived through plague and war. But, putting it into perspective with what our ancestors faced, it could be much, much worse.

While politics are tense, brothers are not currently lining up on opposite sides of a battlefield to shoot each other.

None of us has to worry about British soldiers couch surfing in our houses.

There are no soup lines for the vast majority of Americans.

The Japanese Empire is not bombing Pearl Harbor.

Yeah, times are bad. So what? Our country has been through worse.

As my dear old dad was keen to say, "this too shall pass."

In the mean time, what a time to be alive!