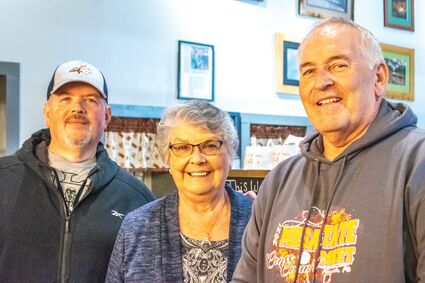 Rod Karst (from right) celebrated his victory Tuesday night at The Loaded Toad with his mother, Janice Hodges, and brother, Randy Karst. Several other supporters also were in attendance.

Rod Karst has won his bid for Mayor of the city of Glasgow, according to unofficial totals released by the Valley County Election Administration Office at 8 p.m. Tuesday. His term will begin in early 2022.

Canvassing is expected to take place with...