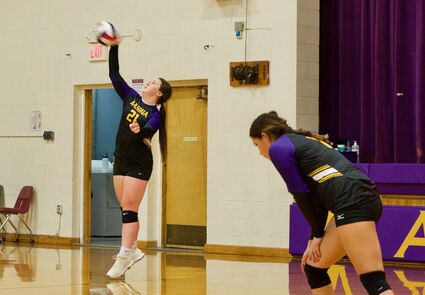 The Nashua Porcupines hosted the North Country Mavericks in their final regular season game Oct. 19. The Mavericks won the match in three sets 25-16, 25-11, 25-14.