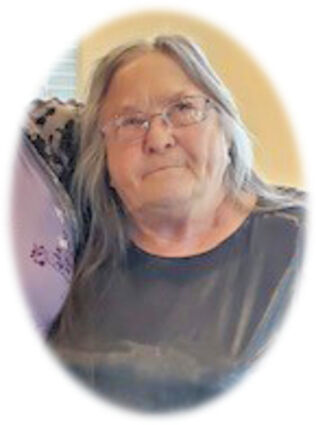 Donna was born September 7, 1946 to Jewell (Hall) and Earl Blanton.

Her mother, Jewell, passed away when Donna was only 5-years-old and her father asked her grandmother Peggy Tackett to raise her until she was grown enough.

Donna met and married Wilbur William Pressler in 1966, the following year the couple welcomed daughter Darla. In 1970 they welcomed a son, Dirik.

In 1971 they welcomed their second daughter, Danielle and in 1975 they welcomed son Dustin. Later the couple divorced. She married James Adams, Johnny Holsinger and Perry Glover.

In 2016, Donna moved from Piketon, Ohio to St. Marie, and lived there with her daughter, Darla and friend Yancy Stewart until we got her own place in Saint Marie.

She is survived by her children Darla DuVall of ST. Marie, Montana, Dirik (Helen Bolen) Pressler of Waverly, Ohio, Danielle (Eddie) Montgomery of Piketon, Ohio and Dustin (Brenda) Pressler of West Portsmouth, Ohio; ten grandchildren and an unknown number of other adopted grand and great-grandchildren; numerous brothers, sisters, cousins, aunts and uncles all of whom reside in the states of Ohio and Kentucky.

She is preceded in death by her parents and three of her former husbands.

We bid farewell to a mother, best friend, grandmother for she is much loved and will be so sorely missed. Donna was known to lend a helping hand when and where she could.

As per her wishes cremation will take place and she will be buried according to her wishes at a later date.