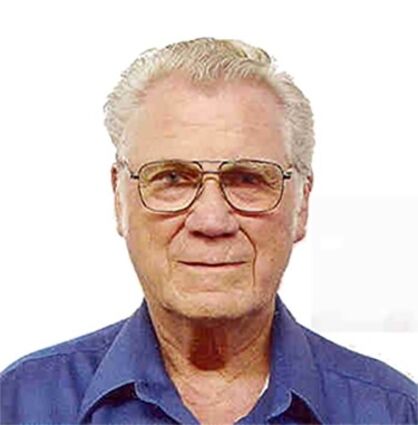 Everest was born on August 20, 1925, in Saco, MT to Ernst and Anna (Martin) Marks. He was the last surviving member of his siblings and their spouses: Erna Marks Pidwerbecki, (Walter), Shirley Marks Bell, (Warren), William Marks (Christina "Tina" Mix), and a sister who passed away as a baby (Elinor Marks), and a half-sister Elizabeth "Betty" Callahan Seraphin (Joseph).

He joined the U.S. Army Air Corps Cadets in August of 1943, and, because of his excellence in gunnery training, he became a belly gunner in a B17 assigned to the highly-decorated 15th Air Force 483rd Bomb Group, 817 Squadron.

During his service, he was shot down twice.

The first time they crash landed behind enemy lines in Hungary during a massive two-week battle around Lake Balaton.

After their B17 was struck, Everest crawled to the back of the plane to rescue his tail gunner from almost certain death.

Once on the ground, he and his crew were able to escape to freedom with the help of local citizens and Russian forces and were able to rejoin their squadron and continue the fight.

The second time his plane was hit, an anti-aircraft shell exploded nearby shattering the ball turret's cover sending shards of glass into both of his eyes.

The pilot miraculously guided the crippled plane to an Italian airfield where Everest was sent to the first of many hospitals.

His war injuries eventually caused him to become legally blind, and he relived the war with PTSD every day of his life.

On August 21, 1947, as he was recuperating from his injuries, he married Helen Tihista in Glasgow.

Together they raised their four children. For over 50 years, Everest maintained a wheat farm outside of Saco, and while working his farm, he owned and operated Marks Maytag for over 25 years in Glasgow.

He had a passion for hunting, and his success proved that he was still an excellent shot. After his hunts, he often shared the fruits of his success with his friends and neighbors.

There will be a military interment at 11 a.m. Sept. 30 at Glasgow Highland cemetery.

A memorial service is tentatively scheduled for June 2022 for friends and family unable to attend the interment.