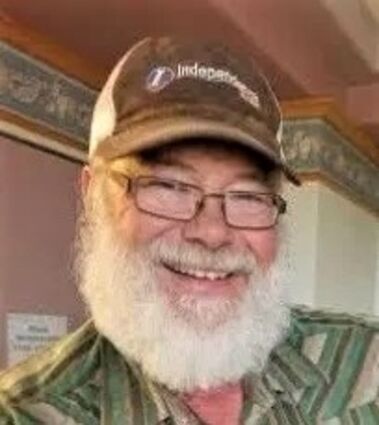 Bruce W. Boyum, 64, passed away after a courageous battle with cancer at his residence on Thursday, August 26, 2021. Funeral services will be held at 11:00 a.m. on Tuesday, August 31, 2021, at Fifth Avenue Christian Church with Pastor Munya Takawira of the Community Alliance Church officiating.

Burial will follow in Highland Cemetery. Bruce's family has suggested memorial donations be made in his memory to Your Network of Praise Christian Radio, a ministry he was excited to be a part of from the very beginning!

Holland & Bonine Funeral Home has been entrusted with services and arrangements. Please visit Bruce's online memorial page and leave a message of condolence for his family at http://www.hollandbonine.com.

Bruce was born December 9, 1956, in Conrad to Kermit and Norma Boyum, the oldest of four children. Though the family moved to follow winter work in his early years, Bruce was primarily raised in the Cottonwood area north of Havre. At the age of nine, Bruce accepted Jesus Christ as his Savior, and his faith in Christ shaped the man he became. Bruce attended Havre High School for one year before transferring to and graduating from Lustre Bible Academy in 1975. It was here Bruce met many lifelong friends and his bride, Brenda Reddig.

Bruce and Brenda were married on June 22, 1976, in Lustre, MT, and the seven new siblings and extended family he gained through marriage were a treasure to him all of his life.

The couple settled in Havre, where Bruce attended Northern Montana College as well as worked at the Glass Shop and Vita-Rich Dairy. By 1981, they moved out to the family farm north of Havre where they raised their three kids, Heidi, Bethany and Matthew.

Bruce raised hogs in the early years, but primarily raised cattle and farmed wheat. He spent two decades building a Registered Angus herd until 2012. In 2017, Bruce proudly partnered with his son Matthew to launch That Guys Fab Shop in Havre.

Bruce loved visiting with people; he made friends wherever he went. He enjoyed a variety of sales side jobs, and attending annual trade shows was one of his favorite places to meet new people and learn new things. He and Brenda also enjoyed visiting family in Bremerton, WA, and Fairbanks, AK.

Over the years, Bruce's community involvement was generally focused on activities where he could spend more time with his family.

He served as a Cottonwood School Board representative, a Sunrise and Wildhorse 4-H club leader and kids' softball league coach. In more recent years, he was happy to mentor young adults, host a men's Bible study breakfast and spent many Christmas seasons as the local Santa Claus. Bruce was an active member of the Community Alliance Church and loved his church family dearly.

He was preceded in death by his parents, Kermit and Norma Boyum, and two nephews, Benjamin Laws, III, and Jeromy Reddig.