Made Confession to Police During Interview 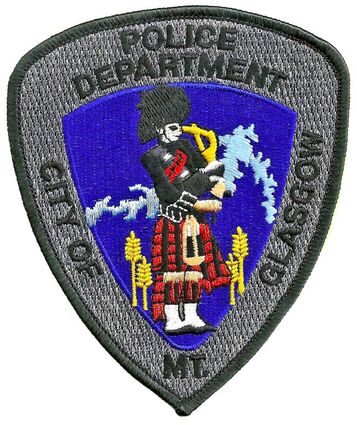 A Glasgow man suspected of having sexual relations with a 13-year-old girl faces up to life imprisonment if convicted.

Justice Meland, 22, remains jailed in the Valley County Detention Center on a $50,000 bond. He faces one felony charge of sexual intercourse without consent in violation of Montana Code Annotated 45-5-503(1). He was arrested last week by Glasgow Police after a warrant was issued by Valley County District Court.

According to an affidavit filed Aug. 30 in Valley County District Court, police began investigating Meland after receiving a report on Aug. 7, 2020 of a potential inappropriate relationship between him and the teen girl. The Courier is not publicly identifying the girl.

The following day, an officer with the Glasgow Police Department (GPD) interviewed the girl's mother. The mother indicated Meland was a friend of the family. When asked whether Meland had ever been alone with the girl, the mother said he had been in her bedroom before, but that the door had always been open and she had no concerns, according to the affidavit. The mother denied Meland and her daughter were involved in any way.

Police also interviewed the girl and Meland. Both denied any impropriety at the time.

Without further evidence, the matter was deemed an "unfounded report" by GPD.

On May 22, police began investigating Meland once more after rumors about an inappropriate relationship between him and the girl continued to circulate among community members.

GPD Cpl. Joshua Nolan and GPD Officer Joshua Ames interviewed the step-father of the girl at the GPD station on that day.

The step-father indicated that during a period of separation between himself and the girl's mother, the girl had been spending time with a friend of Meland's, who brought Meland along on social visits. Meland then began developing a friendship with the mother and her daughter, the step-father said.

Eventually, the step-father and the mother reconciled, and the friend who had introduced Meland moved out of the area. However, Meland continued to be a friend of the family, and allegedly purchased the teen girl several items at her request, including a computer, television and desk.

The step-father also indicated the girl had spent the night at Meland's home on occasion.

Also on May 22, Nolan and Ames interviewed Meland at the police station. According to the affidavit, Meland was advised of his rights and consented to speaking with both officers after waiving his rights.

Upon questioning, Meland said he had spent time with the girl's family after being introduced by a mutual friend. He said the girl told him she had a "crush" on him, but that he did not reciprocate. Meland indicated he and the girl began spending time together regularly.

Meland said in Aug. 2020, he had sexual intercourse with the girl at her request in his pickup truck on a country road outside the city of Glasgow, according to the affidavit.

In subsequent months, Meland said he had intercourse with the girl on at least 20 separate occasions. He also said he was aware he was 20-years-old at the time and she 13. That age is younger than the age of consent in the state of Montana.

Meland also said he "did not intend" for the relationship to occur, and acknowledged the girl had spent the night at his home.

Meland wrote a statement regarding what he had said, which was collected by police.

The officers asked Meland if they would find anything inappropriate on his cell phone during digital forensic analysis.

Meland said there would likely be inappropriate data on the phone, indicating prior to the commencement of the sexual relationship, he and the girl exchanged explicit photos and messages. The phone was taken as evidence and secured.

Meland also indicated sexual contact concluded about three to four months before his interview in late May, adding he had ended the relationship due to its nature and that if he could rewind time and prevent it, he would do so.

The girl was forensically interviewed on May 26 by staff of Child and Family Services of Glasgow. During the interview, the girl admitted to having sex with Meland. However, her account differed from Meland's in that she indicated she was not a willing participant in any physical relationship, that he had forced her to have sex on one occasion, that Meland tried to control her, and that she was afraid of him.

The girl also indicated she had consumed alcohol with Meland at his home.