I Should Have Gone to Law School 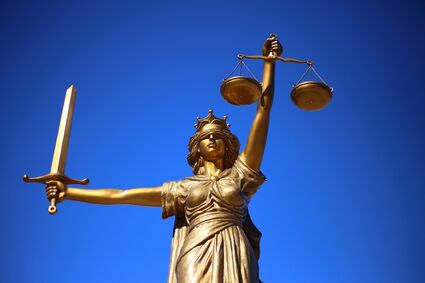 I received a letter to the editor early last week concerning the service of civil court documents to a Valley County woman reportedly suffering from dementia who is currently being cared for at an area nursing home.

The writer detailed their complete disapproval of how the situation was handled by the Valley County Sheriff's Office. Read it in the opinion section.

Since I received the letter on a Tuesday, it was too late to seek out more information about the circumstances surrounding the event before press time. As such, I decided to wait until this edition to publish the letter. This gave me time to seek out comment from Sheriff Thomas Boyer.

Sheriff Boyer responded to my query quickly. He declined to directly address the letter to the editor lambasting his decisions, but instead explained the legal process for serving civil court documents. You can read his response, also in the opinion section.

OK, here are my two cents.

Had it been my mom or grandma suffering dementia, I likely, too, would have been irked.

On the flip side, it is the duty of law enforcement to enforce laws, even when unpleasant. The only caveat to this would be to refuse to enforce any law contrary to the United States Constitution, or that is inherently evil in nature.

(1) Summons - issuance. Upon the filing of the complaint, the judge or the clerk shall issue a summons upon request of a plaintiff.

(2) Summons - form. The summons must be directed to the defendant and signed by the judge or clerk...

(a) Service of all process must be made by a sheriff of the county where the party to be served is found, by a deputy, by a constable authorized by law, or by any other person 18-years-of-age or older who is not a party to the action.

(b) (i) A summons and complaint may also be served upon a defendant who is an individual, other than a minor or an incompetent person...

OK. That was a lot of legal jargon.

So what does this "legalese" mean? Here's my take. (Note: I am no lawyer, so take it with a grain of salt.)

Civil court documents must, by law, be served within a set time-frame, lest summary judgment be made against the person being summoned.

If the woman has not already been found to be of unsound mind, the court could choose to rule in that manner in future, suspending any pending litigation as a result. But, it is up to the court to decide, and is an example of due process. It is not up to law enforcement.

Does the situation suck for the woman and her family?

Could the Sheriff have directed his deputy to proceed in a different manner? Not according to the above statute. The writer of the letter noted the family member with power of attorney lived "out of state." According to the statute, a legal guardian must have been "appointed in this state by reason of incompetency." And, doing so only if the state has already ruled a person is of unsound mind.

I assume this is on the books because the state of Montana generally has zero jurisdiction in other states. Again, not a lawyer.

If the state has not found the person to be of unsound mind, the "party may be brought into court by service of process personally."

This seems to be exactly what happened.

Either way, in this case, Boyer appears to have followed the letter of the law.

So, what can be done to prevent further similar incidents?

Call your state representatives and ask them to introduce legislation to amend state law. The courts could then interpret such new laws, and law enforcement would likely have a different avenue available to them in similar future instances.

It is not an immediate fix, but it is a way forward. This is the power of our representative democracy.