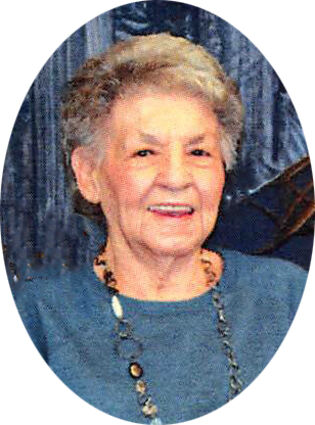 Jean was born May 2, 1936 in Rockport, Massachusetts to Wilford and Clair (McManus) LaFond.

In 1954 while in Paw Paw Michigan Jean met David Goldberg and the couple married on May 19 of the same year. They welcomed their son, Mike, in July of 1955.

Dave, whom had previously been stationed in California before they met wanted to move back and he was able to convinced Jean to move there, so the small family made the long trek to Lancaster, California.

While in California in 1957 they had their second son, John.

Jean got home-sick for Michigan, so they headed back to the Paw Paw area. In 1968, they welcomed their daughter, Elizabeth.

In 1977, the couple decided to move to Glasgow, Montana. Jean always said, "I'll follow Dave to the end of the earth!" and when they arrived in Glasgow, she said, "By God...He took me there!"

The couple moved to Bainville, Montana for a couple of years before moving back to Glasgow.

In 1984, the couple started the Husky Cafe', where they became famous for the Jaw droppingly-massive Mushroom Burgers.

The couple later sold the business, but Jean found ways to continue cooking for Nemont Manor, Cottonwood Inn and Quick and Tasty.

In 1998, Dave passed away and Jean moved to Nemont Manor where she reigned self-imposed Queen.

Jean was diagnosed with ALS in 2018 and with the impending illness she moved to the Valley View Nursing Home.

She touched many lives and made lots of friends she cherished from her working years.

Preceding her in death was her loving husband of 44 years Dave; her parents and great-grandson, Joey.

A memorial service will be at 11 a.m., Wednesday, August 11 at Bell Mortuary with Pastor Scott Kiehn officiating.