By Richard Noble
Want for Tech

Chips With That? The Chip Shortage & Its Ramifications 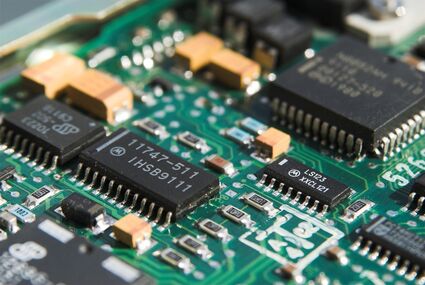 Unless you've been sleeping, you'll have noticed the world has been a mess over the last eighteen months or so.

Bu,t as we make more and more headway in our pursuit of a return to normalcy, why can't I walk into a store and buy a video game console or a tractor?

What could they possibly have in common beyond universal appeal to boys of all ages?

Chips! But not in your favorite flavor, unfortunately.

No the technology industry is still very much playing catch-up when it comes to producing the tiny, silicon components which make up any piece of modern electronics.

This is in part due to the shift in focus we experienced in 2020. Automotive manufacturers were selling fewer units, while the work (and learn) from home revolution was just getting started.

Consequently this, at a very basic level, meant the chips and more importantly production capacity originally destined for your new Subaru now went to webcams and tablets.

This perhaps wouldn't have had the effect which it has, if that production capacity wasn't diminished by a limited workforce number.

But with mask mandates replaced by successful vaccination rollouts, why is this still an issue?

The salt and indeed vinegar of the situation comes down to antiquation.

You see, the chip production industry only has a finite manufacturing volume for any given version of a component.

This would be much less of an issue if it weren't for the fact that cars, trucks and tractors don't use cutting edge silicon designs, rather they use ones which are several iterations older.

In part it's due to the safety criteria these components must meet, but largely it's simply because they can!

The factories producing these chips, plainly, make more money from modern and advanced iterations such as those found in cell phones and laptops.

The time required to fill a backlog of three-year-old parts gets de-prioritized and instead the larger players in technology move to the front of the line.

Your new iPhone or Android is unlikely to be delayed this year, while your John Deere almost certainly will be.

The issue very simply is demand for raw materials outstripping the current capacity to supply them.

So when will we be able to once more impulsively snack on consumer electronics or green farm equipment?

There is some good news, thankfully.

Factories abroad continue to edge closer to full capacity, allowing for greater output and more diverse production of the older chips we need to make the not-quite-bleeding-edge technology most of us use day to day available.

Also, a recently approved a $52 billion technology bill seeks to boost our ability to manufacture emerging technology domestically; this includes semiconductors. Chips, to you and me.

Any optimism must be met with caution, however. Even with the US and in reality global push to increase production capacity, paradoxically: you need chips to make the machines which make chips.

We need to first catch up in order to get ahead.

So those of us chomping at the bit to celebrate 2021 with a PS5 or a new pickup may have to put consumerism on hold for a few months, settle back, and break open a bag.

Sour cream and onion would be my advice.

Richard Noble is the founder of Want For Tech, an IT company based in Glasgow.