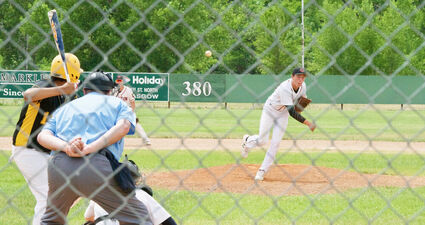 Riley Smith pitches in a home game against the Wolf Point Yellow Jackets on June 19. He pitched a shut out against the same team on July 1 in Wolf Point. The Glasgow Reds won the game 13-0.

The Glasgow Reds traveled to Billings early last week for a pair of doubleheaders in the Magic City. After dropping two to the Blue Jays, the Reds took game one against the Cardinals before dropping the second. The Reds then traveled to Wolf Point...