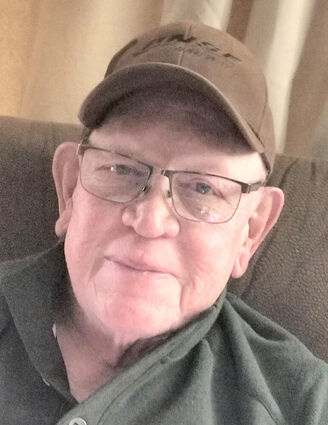 Patrick J. Lamphier, 76, passed away after a five-year battle with cancer that never destroyed his spirit at his residence on Wednesday, June 2, 2021. Cremation has taken place, and memorial services will be held at 3 p.m. on Wednesday, June 9, 2021, at St. Jude Thaddeus Catholic Church, with Deacon Tim Maroney officiating. A reception will follow the memorial service at the Great Northern Fairgrounds Chuckwagon. Burial will be at 10:00 a.m. on Thursday, June 10, 2021, in Highland Cemetery. Pat's family has suggested memorial donations be made in his memory to Bear Paw Hospice, the Havre Women's Golf Association, Walleyes Unlimited Fresno Chapter, or Camp Bullwheel which provides fishing trips for people with mobility issues. Holland & Bonine Funeral Home has been entrusted with services and arrangements. Please visit Pat's online memorial page and leave a message of condolence for his family at http://www.hollandbonine.com.

Pat was born on February 24, 1945, in Glasgow to Francis and Clara (Derenberger) Lamphier. He was raised in Glasgow, graduating from Glasgow High School in 1963. After graduation, Pat enlisted in the Army National Guard, and returned to Glasgow after basic training. He married Diane Jones on August 13, 1966, and the couple had four boys. For the next several years, Pat worked for JJ Newberry's as a store manager, and the family was transferred regularly, living in Idaho, North Dakota, South Dakota, Nebraska, and finally, Montana. After leaving JJ Newberry's, Pat worked retail for several years before beginning his career with Baker Amusements, maintaining and servicing gaming machines throughout portions of Montana. He remained there for over 30 years, retiring in 2013. After retirement, he and Diane began wintering in Arizona. Unable to just relax, the couple began traveling in RVs, working Nascar and drag races in Las Vegas, and working other events in Arizona and Nevada.

Pat was a truly social man who enjoyed golfing, fishing, playing pool, and when he was younger playing softball. He really enjoyed their cabin at Fresno and spending time with his friends. Pat was a member of Walleye's Unlimited, Rotary, and the Jaycees. However, time with his family, especially his grandchildren and great-grandchildren was cherished.

He was preceded in death by his parents, Francis and Clara Lamphier, and brother Dick Lamphier.