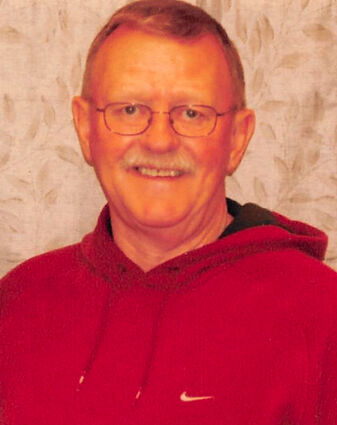 The Lord called James LeMoine Amundson home on May 18, 2021. He passed peacefully at home surrounded by his loving family. Jim was born on October 14, 1947, in Northwood, North Dakota to Joel "Lem" and Doris (Brastedt) Amundson. During his childhood, the family moved often to different locations following Lem's construction work, finally settling in Glasgow, Montana in 1959.

Jim was baptized in Northwood, North Dakota and confirmed at First Lutheran Church in Glasgow. Jim served on the church council and was an active usher until his health failed. Jim attended school in Glasgow, graduating in 1965. After graduation Jim attended Billings Business College for one year. Jim was drafted into the Army in 1966 and was stationed in Vietnam. Jim was honorably discharged in July 1969. He was a life member of the VFW.

Jim returned to Glasgow and went to work at Great Plains Lumber. In 1973, he started his lineman career with REA, eventually going to work for Mountain Bell. He was transferred to Denver in 1985 and worked there until 1990, when he was transferred back to Montana. Jim began working for Nemont Telephone in 1994, retiring in 2009.

Jim married Mona Bedwell on March 3, 1973. Together they raised their family. He was a dedicated husband, father and grandfather. Jim enjoyed hunting, fishing and was an avid baseball fan. He loved following and supporting his children and grandchildren in all their activities.

A visitation will be held from 6:00 p.m. - 8:00 p.m. on Sunday, May 23, 2021 at Bell Mortuary. A Celebration of Life will be held at 11:00 a.m. on Monday, May 24, 2021 at the First Lutheran Church followed by military honors. A private family burial will be held later a later date. Condolences may be left for the family at bellmortuarymontana.com.