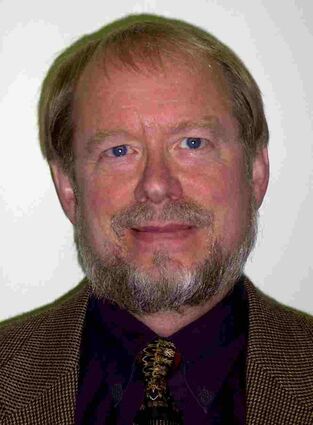 He lived his early years in Frazer, MT, a town where his mother's parents (Martin and Frances Lien) homesteaded in 1917. Deeply rooted in Montana, Bob attended the school where his grandfather sat on the first school board and his mother was in the first graduating class. Attending Concordia College (Moorhead, MN), Yale Divinity School (New Haven, CT), and Luther Seminary (St. Paul, MN) led to Bob's ordination into the ministry of the American Lutheran Church (ALC) in 1972. He served parishes in Casper, WY, Watford City, ND, and two congregations in Billings (Atonement and Peace).

While still in college, he began what would become his life's passion: outdoor ministry. First by leading campers in float trips on the Missouri and finally as Pastor/Director of Christikon, sited by the Boulder River 40 miles south of Big Timber, MT. He would flourish there, in that great 'cathedral of the wilderness,' from 1975 until his retirement in 2013.

In retirement he was actively involved serving on boards and in consultancies with the ALC Rocky Mountain District, ELCA Division for Ministry, Montana Synod and ELCA Candidacy Committees, Pacific Lutheran Theological Seminary (Berkley, CA), the Northern Rockies Institute of Theology, and the Concordia College Board of Regents. He was recently named board advisor 'for life' at the Absaroka-Beartooth Wilderness Foundation, an organization he co-founded and served as secretary/treasurer for many years, ensuring the essential work of environmental stewardship in the wild country continues for generations to come.

Throughout his life, Bob found joy in music and its ability to move the spirit. He was an accomplished pianist, organist, guitarist, and singer. From Vaughn Williams to John Denver, Bob had a wide appreciation for the gift of song and shared this love with all of those in his orbit. He was recently named President of the Billings Symphony Orchestra and Chorale. He sang with the Chorale for many years.

A prolific reader, Bob also shared his love of the written word with those in his life. Books were a precious gift, those given and those received, and his own lyrical prose reflected his readership, whether he was writing sermons, staff manuals, or correspondence.

His lifelong dedication to humble service enhanced organizations and uplifted lives far beyond his Montana home. Though he would shy from credit, Bob inspired and provided guidance for hundreds of young people called into the ministry–in both clerical and lay positions around the country and in churches beyond the ELCA and Lutheran ministries.

He will be missed.

There will be a celebration of the life of Robert Lien Quam on June 12, 2021, 11 am, at King of Glory Lutheran Church, 4125 Grand Avenue, Billings, MT. A light lunch will follow. The service will be livestreamed. Interment of the ashes will be on Monday, June 14, at Sunset Rest Cemetery in Frazer.

Gifts and memorials may be sent to the charity of your choice, to Luther Seminary, St. Paul, MN, or to Concordia College, Moorhead, MN.