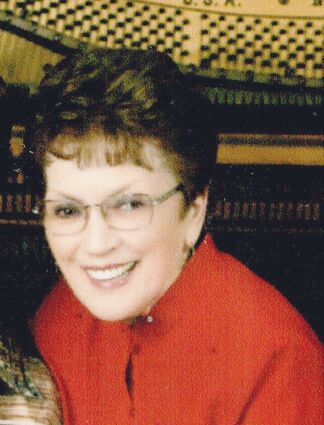 She grew up in Regent, North Dakota, and attended St. Mary's Catholic School in New England, N.D. The family moved to Glasgow, Mont., when she was in Junior High. There she attended Glasgow High School and graduated with the Class of 1955.

Elaine met Grant Gerdes in Tucson, Ariz., where they married.

She worked as a legal secretary, did income tax work, and was in the banking profession. She was a Eucharistic Minister at the Catholic Church in Sierra Vista, Ariz., and a devout Catholic. Her Irish heritage was a source of pride and happiness to her.

Elaine was preceded in death by her parents; husband, Grant Gerdes; one daughter, Cathy Gerdes; and brother-in-law, Larry Ventsam.

She is survived by her children Joan (John) Kablitz, Scottsdale, Ariz., Grant Gerdes, Jr., Broomfield, Colo., Beverly Pallanes, Coolidge, Ariz. She was blessed with two grandchildren, Gabriel Pallanes and Timothy Mitchell Newton. One sister, Joan Ventsam, Leoti, Kansas, and many nieces and nephews and their families.

There will be a memorial service at the Franciscan Renewal Center in Scottsdale, Ariz., at a later date. Cremation has taken place. By her request, her ashes will be taken to County Cavan, Ireland, the birthplace of her grandmother, Rose Anne McDermott.

A heartfelt thank you to the family and friends who gave her loving care these past several years. Elaine will be forever missed. Until we meet again.