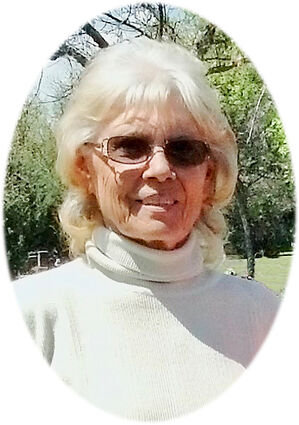 Maureen "Mickie" Carson, age 74, passed away on April Fool's Day, 2021, showing her love for humor after a long battle against Alzheimer's. She left this world clothed in strength and dignity and she laughed without fear. Our beloved mother, sister, grandma, niece, aunt, cousin and friend always had a laugh to share, even if it was at herself. It is no surprise the mold was broke when she came into this world, born to the proud parents, Robert and Theresa Carson, in Wolf Point, MT. She mourned her older brother Robert "Tiny" Carson at a young age and an older sister she never knew, Marilyn Carson.

Mickie left behind a legacy that is admired by all who knew her, including her ex-husbands Levon "Smiley" Johnson whom she married in 1965, and having two children with, Gil (Stacey) Johnson and Michelle (Mike) Eliason; and Earl "Beaner" Sibley, in 1979, with whom she had two more children, Nicole "Nikki" Sibley, of Plentywood, MT, and Shawn (Renee) of Nashua, MT. But her legacy is most admired by those she was devoted to, her children and her very dear sisters, Theresa "Terri" (Jim) Stovern, of Wolf Point, MT and Linda (Mark) Nielsen of Nashua, MT. She might not have been able to remember at the end of her well-lived life how much she loved each of her children, her sisters and all of her family and friends, but those she loved will always remember how much they all love her. Her memory will continue to live on for generations to come, as she mostly loved her grandchildren, respectively in order of her children, Taylor (and great-grandchild Jax), Tiana and Tyra; Harley, Merrick, and Mykenzie; Tryan French; and Kobe, Keevan, Kaise, Avery, and Kayde.

Mickie was one of the strongest, most forgiving, and ambitious of women, shown by her tenacity as a discriminated-against, American Indian, woman farmer. Alone, with a child still living at home, one in college and grandchildren being born, despite the odds, she became a well-respected farmer and rancher of a moderately-sized operation. Her beloved son Shawn farmed alongside her after graduating high school, and who was always by her side, until she was moved into a care facility as the dementia progressively made her pay a debt with her greatest attribute, her mind. Although she had a reputation for being a head-turner, she preferred to be known for her intellect and quick wit. If you forgot to respect her, she would remind you, in a way that could leave a person speechless. She said what was on her mind, always a straight shooter, always walking the line to live a good and moral life. She lived by the rules of the Ten Commandments and all who knew her, knew she could be trusted with a handshake and a promise. She was always sought out by her kids, whether it was for her wisdom, or her patience, whichever one she felt was needed most. She had a gift with her grand sense of humor, and joy that bubbled up deep in her soul and made her eyes sparkle. She was a rare breed; in that she didn't allow anyone to dull her vivacious personality.

She showed everyone, but mostly her children, what hard work and faith can accomplish. She instilled in them the value of perseverance. She was always humble, but confident in who she was. She knew that her crown wasn't to be worn on her head, but rather in her soul. She knew she was the daughter of a King, and she showed that in the way she loved, unconditionally. Mickie felt strongly that her life was saved by grace, and not surprisingly was also her favorite song. Her life was an example to each of her children that giving their best, regardless of the outcome, was what was most important. Nothing mattered to Mickie except those she loved. Today, her children are all humbled because each of them owes their life to their mom, and how humbling it is to owe such a grand lady.

Dementia is a hard disease to watch someone die from. In lieu of flowers, memorials in Mickie's honor may be given to "Dementia Society of America" or a charity of donor's choice.