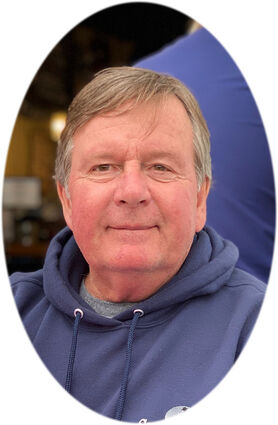 Darby Dean Rogney passed away on March 23, 2021 in Glasgow, Mont. He was born July 12, 1951 in Sidney, Mont. to Lloyd Rogney and Dorothy King. He was the youngest of three children and grew up in the small town of Fairview. Most of his childhood he was active in the Boys Scouts and he was very proud of reaching the highest recognition of becoming an Eagle Scout. He had a love for cars and music. He graduated from Fairview High School in 1970. He began his career with the Great Northern Railroad in 1969 working several positions until he ultimately became a long standing breakman conductor in 1977 with the Burlington Northern Railroad up until his retirement in 2011.

Darby married Bridgett Thorn in 1981. Although that union did not last, together they created two children that he loved dearly, Katie and Jeff. He enjoyed traveling to western Montana, British Columbia and every other cherished moment with his children. Darby loved to explore old towns in Montana and stop for a "cold drink." He loved being outdoors, hiking, fishing with his buddies, and spending quality time with friends and making new ones along the way. He always made time to catch up with friends and share stories while sharing a good laugh.

Darby always enjoyed traveling to see his children as they got older. Darby would travel to Bozeman when his son was in college and he was the life of the party sharing beers with his roommates. Darby always left an impression everywhere he went. One memory his children love to share and laugh about was when he pointed a rifle at a bald eagle in Yellowstone National Park to catch a closer look using the scope, however, it looked very differently to the drive by witnesses. His personality was contagiously positive and always had a heartfelt laugh. He told amazing jokes with his wonderful sense of humor.

Darby retired from the railroad in 2011 and started making new memories on his adventures south as a snowbird in Arizona alongside his girlfriend Jackie. They quickly acclimated to the warm climate and enjoyed their time hiking, sightseeing, and attending classic car shows. He especially loved the vast beauty of Sedona and that quickly became his favorite place to travel to. He made many great friends during his time in Arizona and always looked forward to getting out of the cold Montana winters.

He will be greatly missed and was loved by all who knew him. Darby is survived by his daughter Katie Gatlin (Erik) of Billings, Mont.; son Jeffrey Rogney (Nora) of Dallas, Texas. Granddaughters Sophia and Lydia Gatlin, girlfriend, Jackie Reddig, and his grand-dogs Toby, Lucy Lu and Boo. He is preceded in death by his parents and his brother Douglas Rogney.

A celebration of his life will be at 4:30 p.m. on Saturday, March 27, 2021 at Sam and Jeffs. Condolences may be left for the family at bellmortuarymontana.com.