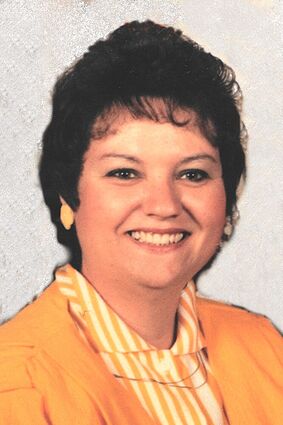 Susan Schultz was born September 26, 1949 in Glasgow, MT, to John and Maggie Eastman, and passed away peacefully at her home in Columbus March 5, 2021. Her school years were spent as a Glasgow Scottie.  Cosmetology school in Great Falls led to her meeting a young Air Force Staff Sergeant, Richard Schultz, and they were wed in 1970. The Air Force life took them to live at a few different bases in the Northwest until returning back to Glasgow. Eventually moving to Columbus, Sue and Rich raised three rough and tumble boys.  Sue was over the moon to be a grandma to four little girls she could dress up in frills. Sue also enjoyed doting on honorary grandkids through the years she was a daycare provider. Barbeques and family dinners were one of her favorite activities.  She loved to make sure everyone was fed, whether they were friends or family, ravenous teenage boys after football practices, or residents of the Beartooth Manor where she worked as a cook. She was always her boys' biggest fan and was dedicated to attending their games rocking some Cougar Green. She enjoyed collecting news clippings of her granddaughters' activities and achievements, and she was always ready to support them. Sue loved her little smiling dog, Lily, and had a fondness for Winnie the Pooh, fried chicken, soap operas, and Garth Brooks. Patriotism was important to her, and she enjoyed holidays, especially Christmas, when she could spoil her grandkids.

Sue is survived by Richard, her husband of 50 years. She will be greatly missed by sons Rich (Marsha), Chris, and Jeremy Schultz. Granddaughters Taylor (Tyler) Adams, Martyka, Maryssa, and Samantha Schultz held a special place in her heart. A recent joy was the birth of her first great granddaughter, Arwyn. Sue was especially close with her sister Geneva (Leo) Kaschube and niece Maggie (Charlie)Lease. Sue is also survived by her siblings Bonnie (Bob) Kemp, George (Joey) Eastman, Sharon (Morris) Miller, and their families.

The family invites everyone who knew Sue to join them for a memorial service at Columbus Evangelical Church Saturday, April 10, at 11 am.