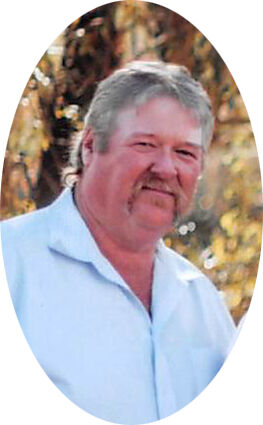 Lifelong Saco, Mont. Resident, Brett Allen Whitaker, passed away peacefully in his sleep with his wife by his side Wednesday morning, March 10, 2021 from pancreatic cancer.

Brett was born on May 6, 1962 to Donald and Barbara Whitaker in Malta, Mont. He was raised on the Whitaker Ranch north of Saco where he was involved with farming and ranching. He attended elementary and high school in Saco, graduating in 1980. During high school, he participated in basketball, pep band, 4-H and FFA and was well known for having a fast car. After graduating from high school, he attended MSU-Northern in Havre, Mont. earning his Associates degree in Agricultural Technology.

Brett married Shirlee Arndt on June 27, 1987 in Hinsdale, Mont. From this marriage brought two children: a son Branden and a daughter Laurel "Hanna". The family raised sheep and cattle along the Milk River for many years as well as harvesting wheat and alfalfa which kept him busy even though mother nature was not always on his side. Brett used to refer to farming as a gamblers hand-you never knew what kind of cards you were going to be dealt. Brett loved the outdoors. He enjoyed fishing (especially ice fishing), hunting, camping, cooking, barbequing, coyote hunting on snow mobiles, morning coffee with the guys and evenings spent with friends. Brett was always eager to lend a helping hand to friends and neighbors when it came time to work cattle, move equipment, farming, fighting fire or just stopping by to say hello.

Brett loved spending time with his kids, teaching them to toss anything into a pan and call it supper, the outdoors and all it has to offer such as camping, fishing, archery and rifle hunting as well as being responsible for their own belongings, pets and livestock.

Brett was involved in Trap shooting, the Saco Shootist Society, a 4-H Shooting Instructor, a Saco School Board member, and was a member of the Masons with Kyle Lodge #96.

Brett was a wonderful husband, father, and friend. He was quiet, proud, humble, and fun to be around. He enjoyed good conversation, good food and was great at offering advice or lending a listening ear. His favorite things were family and friend gatherings, Christmas mornings, time around the campfire and the most important was time spent with his grandson Waylon.

Brett was proceeded in his death by his father Donald Whitaker.