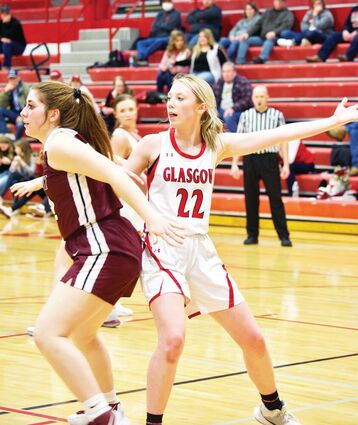 Carly Nelson posts up during the Glasgow Scotties' final home game of the season Feb. 20. The sophomore has stepped into the sixth player position for the team late in the season after Daley Aune moved to a starting position following starter Riley Noser's injury. Nelson played a key role in Glasgow's second-place District 2B finish.

The Glasgow Scottie girls started their post season with a 40-30 win over Wolf Point at the District 2B Tournament in Poplar on Feb. 25. That win set them up in the championship game, going against the Malta M-ettes for the title. The Scotties wer...