Scottie Boys Moving on to Divisionals 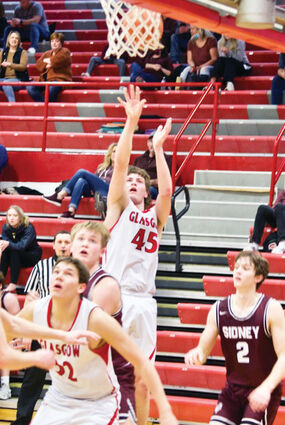 Hunter Collinsworth takes a shot during the Scotties' final home game against the Sidney Eagles, Feb. 20. The Glasgow senior led his team in scoring, sinking 18 points, in their upset win over the Harlem Wildcats in the first round of the District 2B tournament Feb. 25.

The Glasgow Scotties started their post season the way they ended their regular season: with a thrilling overtime win. In opening night action at the District 2B tournament in Wolf Point, the Scotties defeated the Harlem Wildcats, a team they had...