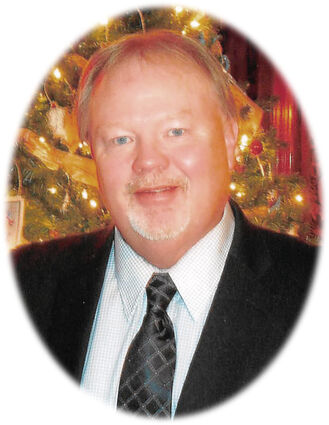 Scott David Jakanoski, age 56, passed away peacefully after a courageous fight with cancer. Scott was born May 22, 1964 to John and Nadine Jakanoski, at Frances Mahon Deaconess Hospital in Glasgow, Mont., which was named after his great, great aunt Frances Mahon.

From an early age, he was drawn to sports. They were a constant throughout his life, from Little League baseball; to pitching and catching for the Glasgow Reds; to a sharp outside shooter for the basketball team; to a fierce tackler on the State A Championship football team; and an impressive javelin thrower in track. He graduated from Glasgow High School as valedictorian of his 1982 class. He was featured in Who's Who Among Americans High School Students along with many other academic and athletic achievements. He played the cornet, sang and he was the front man with a group of talented friends, performing 80's rock at the Fair and other events in town.

Before he started his career in farming, he spent summers playing baseball or softball and helping his dad on the family wheat farm during harvest. This time was spent with his younger sister Lana in the grain truck, listening and singing to Canadian AM radio and hauling wheat with his brother Mark. He also spent many days at Fort Peck Lake with friends and sister Paula and her husband Andy Hicks. Scott went on to graduate from Montana State University in Bozeman with a Bachelor's Degree in Education and a Minor in Biology. He taught school as a substitute teacher in Billings, the Phoenix area, and Glasgow. Scott's "chill" and humorous personality made him a beloved teacher, knowledgeable about almost everything. He loved all his students and even tutored nieces Leah and Bridget when needed.

To his many friends and athletes that he coached, he was known as "Jako".  He coached football briefly in Billings, and then in Glasgow alongside Pat Petrino and a lot of good coaches, too many to remember. He had a true passion for the game and loved all his players and was well respected by them. Game day you could hear him say "It's a great day to play some football."  He and other diehard baseball fans worked hard to reenergize the Glasgow Reds baseball team. They worked to get uniforms and all the team needed to start up again. He loved coaching the team and the great players it produced. They are still going strong today thanks to their efforts.

It wasn't always farming, football and working, he did like to have a little fun. He immensely enjoyed spending time and hunting with his brother Mark. He has some pretty impressive game mounts to be very proud of as well. He tried to get with his college buddies and have a mini reunion during a Bobcat game in Bozeman and talk about fun times they had and laugh a lot as often as he could.  Anyone who knew Scott, knows he was a lifelong LA Rams and LA Dodgers fan and was beyond excited at the incredible Dodgers World Series win last fall.

Scott on his off time would meet up with his friends at Sam's Supper Club. This is where he met Kim. His caring and love for his friends was one aspect Kim loved about him. You never could come between him and his friends or even want to try. But then Scott kindled a friendship with Kim that led to marriage. They had a beautiful backyard wedding September 2001. With the marriage he also took on the role of step-dad and grandfather. He was very proud to say "hey I have grandkids!" Scott was very proud of ALL of his stepdaughters, grandkids, and a new great-grandchild. He was proud of their accomplishments, no matter what it might be whether in sports or academics, he was one to brag. On Scott and Kim's 10th wedding anniversary they took an Alaskan Cruise that he will never forget and had hoped to do it again. He also like going to Deadwood, South Dakota with Kim and her sister Pam and Chuck Erickson. They went every year until COVID hit.

Scott took completely over farming duties in 2011 and life came full circle. He continued to be heavily involved in baseball and umpiring, being there to ump countless games and tournaments while farming.

Scott's love for his family and friends will carry us forward for a very long time. He will be deeply missed.

A Memorial Service will be held Friday, April 17, 2021 at 2 p.m. at Bell Mortuary with Sheldon McGorman officiating. Burial will follow in the Highland Cemetery. Condolences may be left for the family at bellmortuaryglasgow.com.