The Show Must Go On - Online 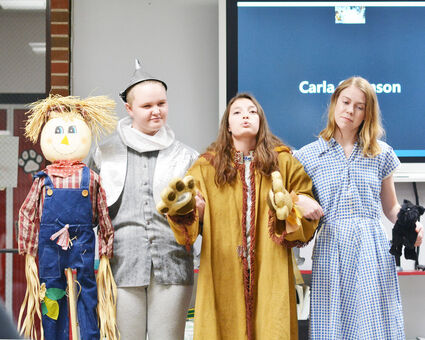 The Glasgow Speech and Drama team is rounding up their unusual season. They hosted a virtual showcase last Thursday evening and competed in the Virtual Eastern B/C Divisional Meet on Saturday. Nine members of the team are moving on to the Virtual State Meet this Saturday, hosted by Huntley Project.

Thursday night's Virtual Showcase and Senior Night had the team in the Glasgow High School Library with head coach Jodi Griffin broadcasting the event on Facebook Live for family, friends and fans who were unable to attend due to coronavirus restrictions. Though the restrictions for the Showcase were a bit of a disappointment for the team, they dug deep and the show went on - virtually.

Despite the lack of a live audience, the team members, at this point used to performing for the camera, fed off each other's energy and support and delivered a lively show for their audience. First up for the team, was Mason Swenson, who was doubly digital, participating from home as he has done for most of the season with his memorized public address. Bailee Baxter, Harley Edwards and Alesia Hopstad then took center "stage" for their classical theater piece. Raelee Dowden was next with her dramatic solo, followed by Hailee Richardson's humorous oral interpretation.

The team brought home two Third Place finishes on Saturday, in Speech and in Drama. Nine team members are moving on to the state meet this week, their hard work all season paying off. Tarum, Dowden, Swenson, Laffin, Lopez, Whitmer, Baxter, Edwards and Hopstad will represent Glasgow in the biggest Speech and Drama meet of the year. 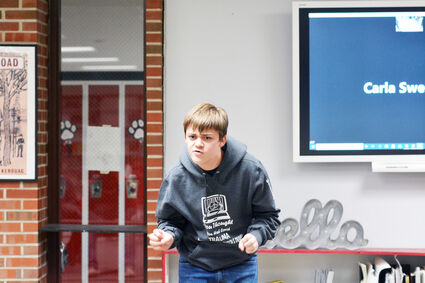 Chase Tarum performs his humorous solo in the Glasgow High School library during the Virtual Speech and Drama Showcase Jan. 21.