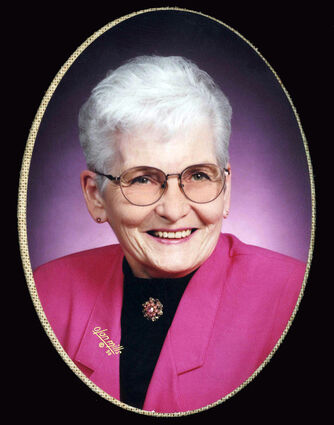 Charlotte (Nonnie) Farrington, 85, of Bridger Care Rest Home in Bozeman, MT, passed away peacefully on Jan. 10, 2021 with her son Tim Boston and his wife Lisa Boston by her side.

Nonnie moved to Great Falls in her late twenties into a hip apartment overlooking the park. She remained there for over 40 years until 2015.

Nonnie was gainfully employed at the O'Hare Manor where she ran the front desk. The O'Hare Manor is where she met her late husband Jack Farrington. Jack ran the famous Sip & Dip Bar. The couple enjoyed music, dancing, and entertaining.

After Jack's passing, Nonnie took a job out at Malmstrom Airforce Base where she worked in the daycare. Nonnie loved taking care of kids. She remained out there until the program was defunded. Nonnie also took care of her two grandchildren, Tia and Patrick. For years, they came over to her house after school, and she would help them with their homework, and take them to their extracurricular activities. Patrick even took his grandmother to his senior prom.

Nonnie was an avid cook–she would stay up all night and cook if she knew someone was coming to visit. She also was very devoted to her faith and church, where every Sunday for two decades she would cook and babysit the children during the church service.

Nonnie also volunteered her time to the Foster Grandparents Program, where she would rock the babies up at the Benefis Hospital.

Nonnie's son Tim and wife Lisa decided to move Char in the summer of 2015 to Bozeman, when they discovered she was showing signs of dementia and could no longer live alone. Nonnie was moved into Mountain View Rest Home where she was active in all of their activities. She was an avid bingo and Yahtzee player, along with singing and dancing, and she loved music. It was not long until the staff nicknamed her "Grandma" because she "grandmothered" them all.

Nonnie's son Tim was always a constant in her life, right up until her death. Her son, Monte, would visit her as often as he could and nicknamed her munchkin because she was every bit of 4'11". Nonnie loved all of her children, grandchildren, and great-grandchildren.

Charlotte's family would like to thank the Bridger Rest Home staff for taking such good care of her. They would also like to thank Bozeman Deaconess Hospice for everything they do.

In loving memory of Char, the family asks you to make a donation to the Foster Grandparents Program. Arrangements are in the care of Dokken-Nelson Funeral Service. http://www.dokkennelson.com.