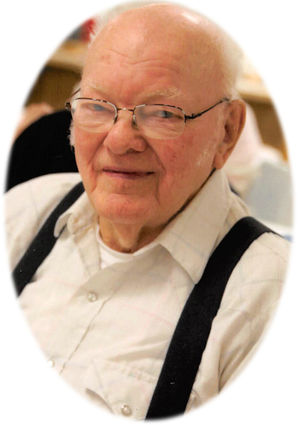 Visitation will be Wednesday, Dec. 9, at Bell Mortuary from 8 a.m. until 5 p.m. A graveside service with military honors will be held Thursday, Dec. 10, at 2 p.m. at Highland Cemetery in Glasgow and reception to follow at 11 Heather Lane.

Cameron I. Storle was born at home in Flaxville, Mont., to Clarence and Ida (Todahl) Storle on Sept. 8, 1930. He was the second of three sons. They lived on the farm until the start of Fort Peck Dam. They moved to New Deal in 1933 and Square Deal 1935 until the Dam was done then on to Neihart, Mont. They moved to Nashua, Mont., in 1944 where he lived until after graduation from Nashua High School in 1949. He worked for the Fort Peck Corps Engineers until entering the Marines and then serving in the National Guard ending up as a Corporal. He worked building the Glasgow AFB, the second Power House at Fort Peck, and Missile Sites throughout Montana, Ore Concentrator in Butte and road construction in Montana as a crane operator. He became an electrician working the cathodic and BV Lane compressors at Glasgow Air Force Base. Moving to construction electrician and going to North Dakota, Illinois, Minnesota, Washington, and Montana moving 31 times in the first 11 years of marriage, finally moving back to Glasgow and purchasing our home although Cameron continued to travel a lot.

Cam married Joyce Peterson on Aug. 4, 1957, and they celebrated their 63rd wedding anniversary this August. They added four sons to their family, Daryl, Craig, Cameron (Chip) and Harold (Pete). Cam was a great father teaching his sons to be good athletes. He had them all ice skating at the ages of two-three and in baseball by the time they were six years old. He helped start the hockey team in Glasgow in the 1960s and was a Boy Scout Leader.

He loved his family whole heartily and cherished his grandchildren and great-grandchildren.

Cam was a lifetime member of the VFW and Elks 1922. He was very proud of his Norwegian heritage and belonged to the Sons of Norway.

Cam was preceded in death by his parents Clarence and Ida Storle-Hoch; two brothers, Omer and Kenneth Storle; and son Craig Storle.

In lieu of flowers please donate to Valley County Museum, Valley County HOPE Project, First Lutheran Church of Glasgow, or a charity of your choice.