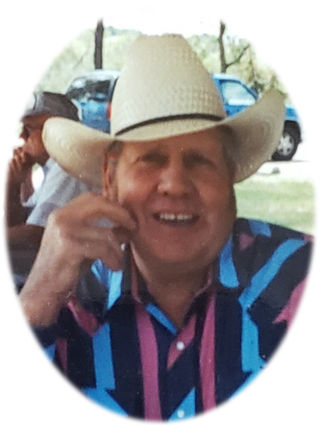 A memorial service and celebration of life will be held in the spring of 2021.

Wayne was born in Lustre, Mont., on May 30, 1932, to Isak and Christine (Nelson) Waarvik, the youngest of five children. He attended the Cottonwood school along with his siblings, Mildred, LeRoy, Raymond and Lincoln through the eighth grade. Horse and sleigh ensured they never missed a day even in the winter. Wayne started high school in Opheim, staying at a boarding house. He transferred to Nashua for his junior and senior years, graduating in 1951. In Nashua he fell in love with basketball and was a proud team member of the Nashua Porcupines, winning the first State Class C championship in 1950. Wayne attended college at MSU Bozeman before returning to work on the family farm.

Wayne's father, Isak, homesteaded the current farm in 1916 and in 1947 bought all five children five registered Hereford heifers, originating his love for the breed. In 1956, Wayne bought his first Line 1 bulls and began his career raising Hereford cattle. Wayne bought part of the farm in 1972 and began raising Line 1 registered Herefords, specializing in breeding bulls. The highlight of Wayne's Hereford career was in 1980, when he sold eight pairs and a bull to a ranch in Texas, and 70 head of bulls and heifers to ranches in Mexico. His tremendous efforts and lifelong achievement were recognized when he was named "Hereford Man of the Year" by the Montana Hereford Association in 2000. Wayne fully retired in 2017, bringing a close to the great era of Wayne Waarvik Herefords.

Over the years there were many challenges and some great stories associated with Wayne Waarvik Herefords. Once Wayne broke his pelvis, at calving time no less. He quickly mastered the use of his temporary walker and insisted on going outside. Finding calves that needed doctoring in the barn, he pinned them against the wall with the walker...it worked quite well.

Wayne had the gift of gab, and if he talked to you long enough, he almost always found a connection to someone he knew. Of course, he couldn't resist inviting any new-found friend out to visit the farm. On one trip to visit Debbie Dawn in Virginia, he got to talking to another passenger in Minneapolis. The other passenger enjoyed talking to him so much, he paid to bump Wayne up to first class so they could finish their conversation.

Wayne was a proud full-blooded Norwegian and even traveled to Norway to see where his parents were raised and meet his extended family. Raised with a love of dancing, there wasn't a dance floor in northeast Montana that Wayne's boots didn't grace. Locally, he was a member of Our Saviors Lutheran Church, the Sons of Norway, Elks Club, served on the Northwest Farm Credit board of directors for many years and was a charter member of the Pleasantview Roping Club. In recent years he spent winters in Yuma, Ariz., with his partner, Peggy Lingelbach, dancing and playing cards with their numerous friends.

Wayne is preceded in death by his parents; siblings; and grandson Karston Wayne Waarvik.