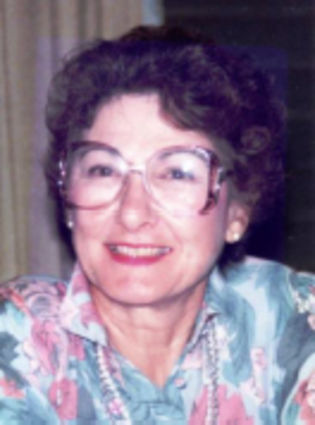 She married Miles "Spike" Harris Jr (1927-1992), a Navy veteran of the Second World War, on June 9, 1947, in North Hollywood, Calif. She and Spike had two children, a daughter Daryl D "DD" (1949-1950). and a son Miles III, Tragically, DD was born with Downs Syndrome and passed away just shy of six months old. Spike and Lennie raised their son in Arleta, Calif., where they lived until Spike's retirement in 1991 and then moved to Frazier Park, Calif. They spent their years together sharing time with friends and family, camping and hunting until Spike's death in 1992.

Lennie found two great loves in her life. In 1993, a year after Spike's death she met Darrell Cole (1932-2020) of Glasgow. Lennie and Darrell spent the next 27 years together, at first as snowbirds spending their winters in California and summers in Montana and eventually staying in Glasgow, all year long, where she made many friends.

Lennie was preceded in death by her father Louis Blatt; her mother Lillian Schoenkoft- Blatt-Burton; her husband Miles Harris Jr; and daughter Daryl Harris. Sadly, Darrell Cole passed away just over a month after Lennie on Oct. 13, 2020.

Lennie's life can be best summed up in a quote from a 26 second video she had the staff at Brookdale Springmeadows film for her when she got back from the hospital and was resigned to her fate. She said to her son "...we had a good run...". Well Lenore Rita Blatt-Harris, beloved mother, grandmother, great-grandmother, wife, aunt, cousin, life-long friend to many, Lennie, you will be missed but not forgotten. You had a great run.

A private family Zoomomorial was held for Lennie on Sept. 19. Her remains were cremated and her ashes are with her son in Ventura, Calif.