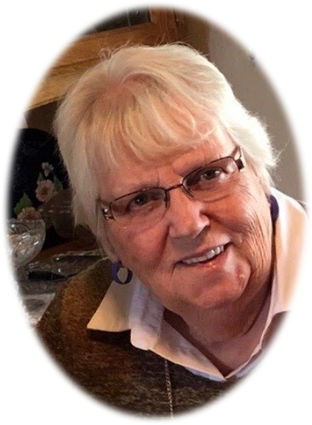 Family will receive friends Saturday, Nov. 7, from 2 to 4 p.m. at Bell Mortuary in Glasgow, Mont.

Eunice was born May 24, 1936, in Wheeler, Mont., to Bert and Mabel Estenson. She was the third of five children raised on a farm north of Hinsdale, Mont. Eunice attended Hinsdale Public School where she graduated.

Eunice married her high school love, Jim Mattfeldt, Oct. 13, 1956. Shortly after marriage, they moved to Wyoming to begin their life together. After their first child was born, they came back to Montana residing in Great Falls where they had four more children (rugrats). They chose to return to the Hinsdale area to raise their family on the same farm Eunice was raised. Jim and Eunice lived on the farm until retiring and building a home in town.

Eunice was an active member of Hinsdale Lutheran Church and enjoyed being a 4-H leader for over 20 years. Eunice gave many years of service to Thingelstad's Grocery Store and also enjoyed sharing memories from her early working years at the Hinsdale Newspaper.

Eunice was always trying a new recipe from one of her many cookbooks. When she wasn't cooking or baking, she was in her craft room. Eunice loved to sew, quilt, paint, woodwork, homemade card making, rubber stamping, needlework, and crochet, just to name a few. Eunice loved to make anything with and for everyone. Family reunions and get-togethers of any kind made Eunice feel complete, especially when a deck of cards was present.

Eunice had the largest of hearts, friends and all the children she babysat became family. She was called mom, grandma, aunt, and sister by many.