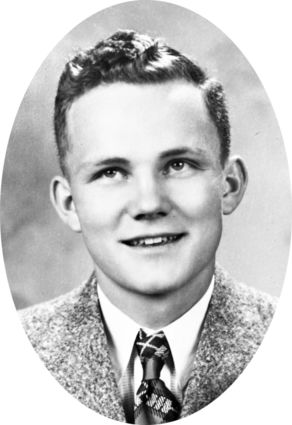 Darrell was born in Havre, Mont., Feb. 6, 1932, to parents Forrest and Hilda Cole. He was raised in Glasgow with two brothers, George and Dennis Cole. He graduated from Glasgow High School and was involved in basketball and football.

He married his childhood sweetheart Donna Moon on June 3, 1951. They raised three children; Douglas, Cheryl and Bruce. They built one of the first cabins at The Pines with family friends Roy and Ione Wetzel, Bob and Pat Baker and Jim and Mickie Hines. They spent many years enjoying the time there with family and friends until Donna's death in 1991.

Darrell considered himself blessed to spend his life with two wonderful women. In 1993, he met Lenore Harris and spent 27 years together until her death on Sept. 9, 2020.

Darrell was a soft spoken kind man, who never said a harsh word about anyone. He believed in enjoying life, that every day was a blessing, and approached life with a positive attitude.

He was a loving father, husband, son, uncle, and grandfather.

Funeral services were 2 p.m., Saturday, Oct. 17, at Bell Mortuary with a private family burial in Highland Cemetery. A reception was held at the Glasgow VFW at 4 p.m.