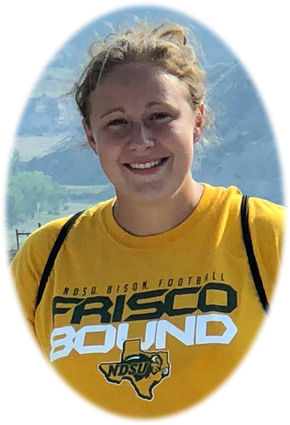 Family will receive friends Thursday, Oct. 8, from 5 to 7 p.m. at Bell Mortuary. Funeral services will be held Friday, Oct. 9, 11 a.m., at the Hinsdale Park, in Hinsdale, Mont.

She was born to Jerry Arnold and Gwyn Funk on Nov. 11, 1992, in Glasgow, Mont. She grew up in Hinsdale with an older sister Kelcey Knaff and younger sister Teonna Funk. She graduated from Hinsdale High School in 2011.

On June 2, 2020, she and Travis Austin got engaged and planned to have their wedding in Medora, N.D. Tori loved to vacation there and looked forward to it every year. She was head over heels for Travis and they made many great memories together as they were able to work side-by-side together on her family farm.

She was a hard worker and kept everyone on their toes. No one was going to slack with her around. She loved hunting, sheep, farming, most sports, and made an unforgettable impression on everyone who knew her.

Tori worked at Valley View Nursing Home before taking on farming on her family farm full time. She was loved by so many residents and family members from the nursing home. She worked beside her older sister Kelcey and staff would come to work excited to work the same shift as the "Arnold Sisters." Tori's hard work led her to love farming more and it all came natural to her. Up early every morning and worked late nights just to get things done. If she was up everyone in the house was up.

God gained another amazing angel who will keep him in line and tend to his flock. Even though she left us too early she lived her life to its fullest. We Love you and you will be dearly missed. Fly High.

Bell Mortuary is in charge of arrangements. Condolences can be left for the family at bellmortuarymontana.com