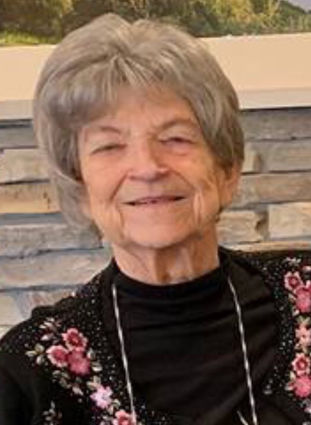 At this time no services are planned.

Julie was born in New Deal, Mont., near Fort Peck, on Sept. 25, 1936, to Louis and Olga (Upsahl) Koskey. As a young girl, her family lived in Tampico, Mont., where she attended school until the family moved to Glasgow, where she graduated from Glasgow High School in 1954. Following graduation, Julie worked at Sam's Supper Club as a waitress and this is where she met her future husband of 58 years, Marvin. Marvin and Julie were married on Jan. 12, 1962, in Glasgow, where they continued to live and raise their family. Julie soon went to work at a medical clinic, where she was trained to be an X-Ray Tech. Later when that clinic closed, she worked as an administrative assistant at Nemont Manor until retiring in 2005. Marvin and Julie then made the decision to move to Mandan, N.D., to watch their grandkids grow up and last year moved to Bismarck.

Julie was passionate about antique collecting! Julie and Marvin could be seen either at an auction bidding on their favorite collectibles or setting up the auctions and calling out bids as they co-owned an auction company with their son, Dennis. Julie enjoyed crocheting, something she was able to continue even as her eyesight started to fail. She liked to bake and did amazing embroidery work that won several awards at the NE MT Fair. She loved to go horseback riding with Marvin and take him dancing into the wee hours of the morning knowing Marvin had work early. She could often be found bucking bales alongside her husband, never afraid of hard work, but on days when the Dallas Cowboys were playing, you would find her watching the game and calling out plays. She especially loved her grandkids and her family, and she will be missed!

She was preceded in death by her parents; son-in-law, Joe Hariper; brother-in-law, Gordon Maxness; and great-grandson, Nash Prodruchy.