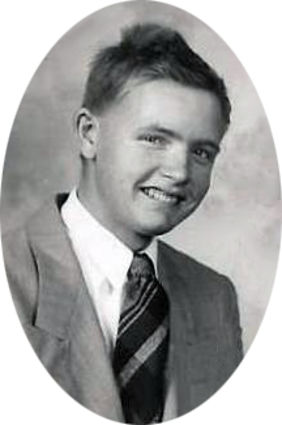 Heaven needed a new softball coach and avid Glasgow Scottie Superfan so the good Lord called Alvin Martin Dalby up to join his side. Alvin passed away of natural causes at Valley View Home, in Glasgow, Mont., on Sunday, Sept. 20, 2020.

Family will receive friends from 5 to 7 p.m., Friday, Sept. 25, at Bell Mortuary, in Glasgow. Funeral services will be 10 a.m., Saturday, Sept. 26, at Evangelical Church with burial following in Highland Cemetery in Glasgow.

He was born Dec. 18, 1937, in New Deal, Mont., to Emil Martin and Alma Elizabeth Dalby. He was the fifth child of eight joining siblings, John, Cora, and Evelyn; a second brother Vernon had passed away in infancy. Brothers Melvin and Cecil along with younger sister Nora following soon after. Alvin spent his youth in the Glasgow area and attended school there through the eighth-grade. After leaving school he worked various jobs until joining the Army National Guard in March 1958 at the age of 21 serving in the military until 1963. Alvin returned home to Glasgow and worked on the Cornwell Ranch before gaining employment on the railroad in 1968. He left the railroad after being injured in 1988 having put in a devoted 20 years to the rails.

As a child he was known to get into mischief with his brothers, Cecil being a favorite target for his antics. He was charming and known to be a bit of a flirt with the ladies. Alvin never married but had a true love in supporting Scottie athletics. Mr. Dalby is well known to the community as a Super Scottie fan even winning an award as the #1 Scottie fan to prove it! He was also a member of the Glasgow Sports Club and coached softball taking them to several state titles from the '70s into the '90s. When it came to his cheering regimen, he took it seriously, rarely missing a game and never basketball games.

Sports was not his only love however; it was also extended to family who meant the world to him. He hosted family holidays in his home for years until family grew too big for the house to hold them. Santa was even known to pay a visit at those gatherings delivering gifts to all the children. When he wasn't cheering his beloved Scotties on to victory, he enjoyed Friday night dinners at sister Cora's with family or Tuesday Dairy Queen lunch followed by Bingo. Nora's house was considered his home away from home and many memories were made there. His favorite Sunday evening activity was listening to the radio program Grass Roots Gold, and it is on good authority that interrupting it was not an option!