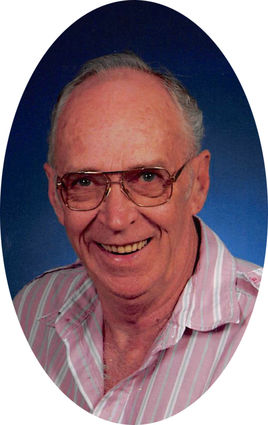 Robert Lee Bird "Bob" passed away on Sunday, Sept. 6, 2020, at his home with his wife Jackie at his side. Bob had been bravely battling cancer since 2004.

Services will be 10:00 a.m., Monday, Sept. 21, 2020, at Bell Mortuary with Pastor Todd Wright officiating. Military Honors and a reception will follow at the VFW Post #3107 in Glasgow, Montana.

Bob was born Sept. 23. 1939, in Kalispell, Mont., to George B. and Wilma F. (Harrington) Bird. He grew up in the Flathead area enjoying hunting and fishing with his dad, Uncle Pete and Aunt May. He graduated from Kalispell High School in 1959.

In 1963, Bob married Barbara Linendoll. They were joined by sons, Bryan Lee in 1966 and Robert Leslie in 1971. They later divorced.

The Montana Army National Guard filled Bob's interest for 34 years. He worked as a mechanic at the OMS #7 in Chinook, the CSMS in Helena, Mont., then back to OMS #7 in Chinook, Mont.,-this time as Shop Chief-and ended his civil service career at OMS #1 in Kalispell. Prior to his civil service, Bob also worked at the aluminum plant in Colombia Falls, Mont. for several years and for the Forest Service, which he thoroughly enjoyed.

Missing flat land and family, Jackie wanted to come home. So, Nashua was home from 1997 up to 2003, when they purchased a home in the military community of the village of Saint Marie, Mont. Bob remained there until his death.

Bob enjoyed working in his yard, always planting roses at every location they lived. He also enjoyed country music and concerts, senior bus trips, was a fan of Richard Petty of NASCAR, Don Sula of the Dolphins, and particularly basketball's greatest 3-pointer Larry Bird, from a distant branch of the family tree.

He is survived by his devoted wife, Jackie; sons Bryan (Tracey Thennis) Bird, Rob (Lisa Kallio) Bird and three grandchildren, all of Helena. He will also be missed by step-daughter Cheryl Friede of Havre, Mont., and step-son B. Brad (Tanya) Vetter of Johnstown, Colo., and three step-grandchildren.

Memorials may be sent in Bob's name to HOPE Project, Warriors on the Water, or a charity of your choice.

Condolences may be left for the family at bellmortuarymontana.com