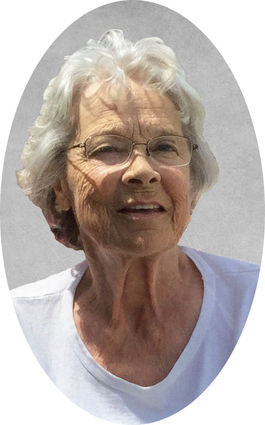 Darlene "Dar" Sylvia (Dunford) Sleeper-Schreyer, age 78, passed away on the morning of Friday, Sept. 4, 2020, at Valley View Home in Glasgow, Mont., as a result of a heart attack the previous week.

Darlene Sylvia Dunford was born in Rochester, Minn., on Dec. 11, 1941, just four days after the bombing of Pearl Harbor. She was the sixth child of Floyd and Gertrude (Adams) Dunford.

When Dar was young, her family lived on the Mayo Wood property. Her dad was an employee of the Mayos. They grew up playing with the Mayo children and had many fond memories of the Mayo family.

Jim and Darlene spent many years traveling, playing music and recording records. They divorced in 1972.

She married Thomas Schreyer in 1983. They enjoyed traveling and spending time with all the kids and grandkids from both sides.

Darlene's hobbies included her love of sewing, her flower beds and feeding the birds. She especially loved cardinals. She doted on her kids, grandkids and great-grandkids. She loved her family and loved their visits and calls. She loved to talk about Jesus and was looking forward to meeting him.

Darlene finished her life at Valley View Home, where she had many friends, especially Tamee Hall.

She was preceded in death by her parents; one brother, George; one sister, Donna; her youngest child, Kyle; and two brothers-in-law, Marvin Marquardt and Victor Marquardt.

A funeral service for Darlene was held at 11 a.m. on Wednesday, Sept. 9, at the Bell Mortuary Chapel in Glasgow. A luncheon at Bell Mortuary followed the service.