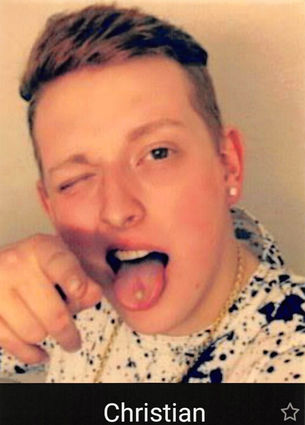 Christian Skylar Henning, of Billings, Mont., went to be with Jesus on Saturday, Aug. 8, 2020, three short days after celebrating his 25th birthday.

Christian was born in Tacoma, Wash., to Tamara Henning and Phillip Calfy Jr. When he was one years old, he gained an amazing stepfather, Michael, who taught Christian the art of basketball. Christian, his sister Angel and brother Brett grew up in Tacoma until 2005 when the family moved to Glasgow, Mont.

Christian married Lynn Marie Hawkins in 2014 and they welcomed their amazing first baby, a little boy, Tyler, in January 2015. Shortly after Tyler was born Christian obtained his GED. The couple later divorced in late 2015.

Christian began to focus on building a career in music. His passion was hip hop and rap. He was a very talented singer and later he took more to producing music. He enjoyed producing so much that he began college for music production.

Christian met Erica Clark in 2017 and they welcomed their gorgeous daughter, Annabelle, in March 2018. The couple married later in 2018. Christian continued to thrive in his music career and started Basic Production LLC Corporation, becoming a well known and loved music producer.

Christian was a very caring, silly, talented, smart and fun loving person. He had a very big heart and loved all of his family and friends. One very important person in his life was Katie Conklin. Katie was his person in life who he could always run to. Christian, as a child, was so funny, he was always smiling and laughing. He loved basketball and video games. He traveled with his sister, Angel, to so many places with their Nana and Papa while growing up, adventures always awaited them. Christian's life as an adult always revolved around his kids, they were his everything in life: Tyler was his 'little bug' and Annabelle, his 'little babe.' Christian loved his five nephews and two nieces, they were his 'smallies.'

Christian is preceded in death by his 'Nana' – Sandra Thompson and grandpa 'Tic Tac' – Jerry Henning.

Visitation was Saturday, Aug. 15, from 9 a.m. to 2 p.m. at the Bell Mortuary in Glasgow. Funeral services were at 2 p.m., Aug. 15, at Bell Mortuary with Pastor Bonnie Novak officiating.