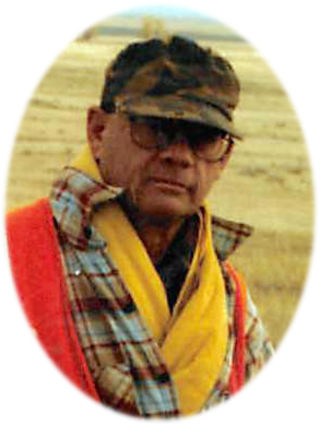 A celebration of life will be 11 a.m., Thursday, Aug. 13, at the Hinsdale American Legion Hall in Hinsdale with Howard Pippin officiating.

Bernie was born July 2, 1941, in Bottineau, N.D., to Everett J. and Alma I. (Henrickson) Hart. He received his early education in Bottineau and then graduated from West Seattle High School in Seattle, Wash.

He married Judy Stahl in 1960 in Seattle and the couple made their home in Seattle until moving to Columbia Falls, Mont., where he raised his family. He was a member of the Mason's, Ducks Unlimited in both Glasgow and Malta, Mont., was very active with Montana Fish and Game and a big supporter of local youth athletic programs.

Bernie was an avid hunter and fisherman: he enjoyed sharing his land and knowledge with people from all over the U.S. and Canada. He could tell a tall tale with the best of them and after two trips to Africa he had many to tell!

Bernie loved "living his dream" in Montana, especially in Hinsdale. He had many friends and was an active community member and was the first to help others, especially kids and animals. Bernie was a good friend, active "jokester" and a handshake was all he needed to seal a deal. He often told family how proud he was living in the Hinsdale community and how great the people are.

Bernie was often called on to open his heart, his home and his wallet to just give one more rescue dogs a home – which he always did - his personal best was 10 dogs at one time. They are all waiting for him under the Rainbow Bridge.

His family is grateful to all his friends near and far, for their concern, friendship and support. He lived his dream and we are thankful for the life he lived and that people considered him a good friend. He touched many lives and will be greatly missed.

He is preceded in death by both of his parents and his ex-wife Judy.