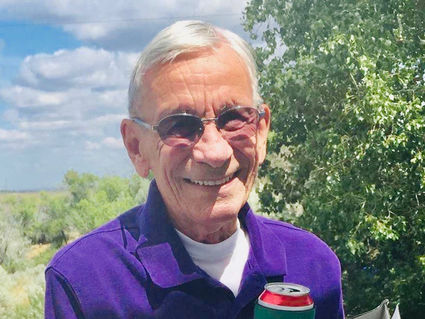 He was born to Helen Went Bamford and Glyn Albert Bamford on July 22, 1935, in Portland, Ore. He was the middle of five children, Sally, Rilda, Elizabeth and Wallace. His family moved frequently and he attended numerous schools, graduating from Waldport, Oregon High School in 1952, at the age of 16. As a child, Glyn loved to play on the beach, played baseball, football, and track, and was an alter boy for the Catholic Church.

The FAA brought Glyn to Glasgow where, while coaching women's softball, he met the love of his life, Mytrice Dale, who he married on Aug. 18, 1972. Myrt had three young children, Barry, Kae and Nancy, all of whom Glyn adopted, making their family complete. It was the greatest gift to his children and he loved them as his own until the day that he died. Glyn loved to attend his kids' sporting events, traveling all over Montana to see their games and meets.

Glyn kept himself involved in many hobbies. He had an extensive stamp collection, loved to build model railroad cars, and was a very prolific reader of books. Glyn collected all 50 state quarters, and gave complete collections to each of his six grandchildren.

For years, Glyn was very active with the B.P.O.E, working his way through all the chairs, and ultimately serving as Grand Exalted Ruler in 1979-1980. He could often be seen during whist tournaments at the Elks Club, keeping the scoreboard updated in his clear, concise hand. He loved sports and was involved in the Scottie Booster Club for several years. Glyn was an lifelong avid Green Bay Packers fan.

In 1984, the FAA brought Glyn and Myrt to Billings, Mont., where he worked until he retired. Upon retirement, they moved back home to northeastern Montana, where they lived in their cabin on Poverty Ridge till present. He was a wonderful father and husband, a kind, thoughtful and intelligent man, and the world is a smaller place without him in it.

Glyn is preceded in death by his parents, Helen and Glyn; mother in-law Hazel; and two sisters, Sally and Rilda.

The family would like to personally thank Kari Lee Knierem for driving to their home numerous Sundays to give Glyn communion. Also a special thanks to the neighbors on Poverty Ridge who were always so kind and helpful. Finally a huge thank you to Rhea Nelson for being there day and night to help with his care and being a wonderful sister to both Myrt and Glyn.