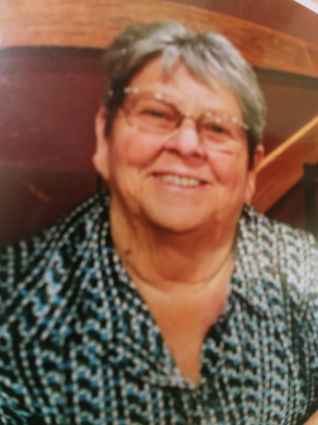 Memorial services will be held at 11 a.m. on Saturday, July 18, at the Riverdale Community Church with Pastor Alan Hathaway officiating. Inurnment will be held at 10 a.m., Monday, July 20, at the North Dakota Veterans Cemetery, in rural Mandan, N.D.

Carolyn was born March 2, 1945, in Glasgow, Mont., the daughter of Lee and Ava (Woodward) Ellsworth. She was raised and educated in Glasgow where she graduated from high school. She married Richard Combs on June 30, 1967, in Glasgow. Carolyn worked as a cook at the Hihat Drive Thru in Glasgow. They moved to Riverdale in 1971 where they raised their family. Carolyn also worked as a cook at the Riverdale High School and later at the Burger Stop. She retired from cooking in 2001.

She enjoyed fishing, gardening and spending the winters in southern California and Arizona where Richard and Carolyn met and had many special friends.

She was preceded in death by her parents; five brothers, Wesley, Lester, Roy, Lynn and Lee; two sisters, Leona and Betty; and five nephews and a niece.

Carolyn is survived by her husband, Richard, of Riverdale; two sons, Dayton (Miranda) Combs, of Bismarck, N.D., and Leon Combs, of Fargo, N.D .; one brother, Loy (Lillian) Ellsworth, of New Jersey .; one sister, Nora Gaasch, of Orange, Calif. and many nieces and nephews.

Goetz Funeral Home – Washburn, N.D. is in charge of arrangements.